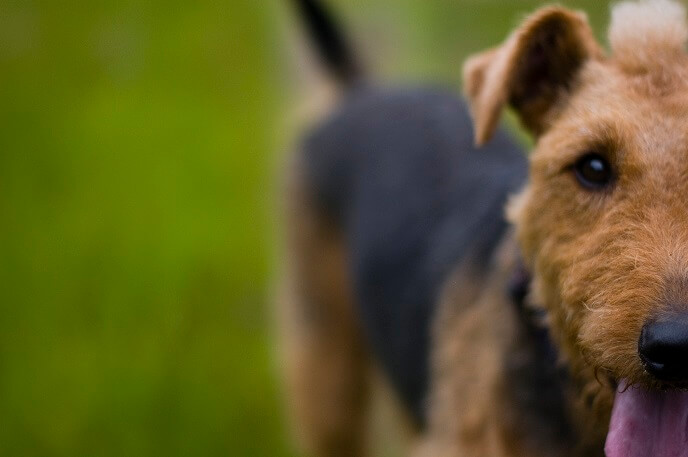 There are lots of terrier breeds, but the Airedale Terrier is often called the "King of Terriers', primarily because it's the largest of them all, but also perhaps because they have a reputation for being the most cunning, fearless and effective of them too.

While a great choice as a purebred terrier, the Airedale Terrier has also become popular as a mixed breed pup, with a number of other, sometimes quite different breeds having being introduced into their lineage to create some fascinating, and certainly very cute, Airedale Terrier mixes, some of which we are going to introduce you too here, as well as explain a little more about the Airedale himself and mixed breed pups in general. 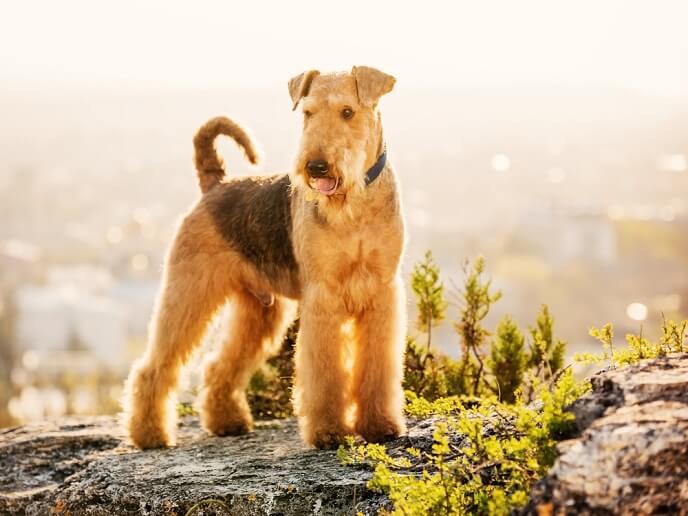 Like many other terriers, the Airedale terrier can be traced back to the now-extinct black and tan terrier for its heritage. These tough dogs were developed to chase rodents of all kinds on farms, in residences and later, in factories.

However, due to their limited swimming and scenting abilities, these terriers were bred with otter hounds in the 1800s to produce the "king of terriers": the Airedale terrier.

They get their name from the fact that the breed first appeared in the towns along the River Aire, which runs through the picturesque hills and dales of Yorkshire in England.

To help develop this hardy, substantial hunter, some crosses with Irish and bull terriers were also made. In addition to successfully hunting vermin, Airedales have also been employed as security and hunting dogs for large game. The majority of American Airedales can be traced to CH Master Briar, a British dog imported to the country around the turn of the 20th century.

As a pet, the Airedale Terrier is a gentler, mellower dog than many of its terrier cousins. These are still strong dogs, but they frequently get along with other pups better than most other terrier breeds. Although they can be a little rowdy for young children, Airedales are generally good with kids and are tolerant of other animals that they were raised with.

As they are somewhat large - they average between 20 and 22 inches tall and weigh between 40 and 50 pounds - and energetic, early training is one of the keys to a well-behaved pup who will fit in with your family if you choose an Airedale Terrier.

They need a moderate amount of exercise - about 40 minutes a day - and will enjoy playing hide and seek and fetch games if given the chance.

If you're wondering if "mix" is just another word for "mutt," the answer is yes, but it's a kinder term because "mutt" has come to have a negative reputation, which is unfair because every dog is adorable in their own special way.

The phrase "designer dog" is also occasionally used because some breeders purposefully combine two dog breeds to produce a "new one."

To be clear, none of the Airedale Terrier mixes we'll discuss here are recognized as separate dog breeds. It won't be simple to find one in particular, nor is it even something you should really do (more on that later).

You are sure to be able to discover a mixed-breed dog at your local shelter that you'll fall in love with, no matter what their family history may be, as there are so many of them in shelters across the USA waiting for a loving furever home.

However, because folks enjoy showcasing their pups there, you may have noticed a number of Airedale Terrier mixes recently all over social media and in dog lover's forums.

Here we are going to reshare some that really caught our eye, and we think you'll love it too.

The Airedale Terrier already has the wiry, short coat that many terriers have, so when mixed with a poodle that coat usually gains an adorable curly texture too. However, to keep it as shiny and beautiful as it should be, they will need to make a regular trip to the groomers!

The one downside here is that mixing an Airedale with another prey hunter (yes, poodles were bred as hunters) you may lose some of that compatibility with other pets, meaning that an Airedoodle will be happiest as an 'only pet'.

The Airedale Terrier is already considered a large dog breed, but when you add a giant like an Irish Wolfhound into the mix, then you are likely to get a really big dog!

Interestingly, most Irish Wolfhounds are a beautiful misty gray in color, but Airedales are often a coppery red, making this mix 'look' a little more 'traditionally' Irish than the pup who comes from the country!

Aside from being very large, an Irish Airedale will likely lack some of the aloofness that an Airedale Terrier often displays, as Irish Wolfhounds are notoriously loyal and friendly.

Another wonderful large Airedale Terrier mix, the Airedale Shepherd combines the cunning and speed with the strength and intelligence of a German Shepherd.

German Shepherds, though often thought of as fierce, are highly intelligent and, when trained properly, exceptionally obedient and alert as well as very loyal to their family.

You will need lots of room to welcome a dog like an Airedale Shepherd into your family. Aside from the fact that they need quite a lot of exercise, their size can mean that trying to have one live in a small home can result in a lot of breakages and mess.

Take America's most popular family dog - the golden Labrador - and combine it with an Airedale Terrier and you get a shaggy, but loyal and goofy Airedale Lab.

Labradors are often great with kids, cats and other dogs, and while the Airedale can be a little shy around strangers, the addition of friendly Labrador DNA may change that.

This mix is likely to want to play more too, as play is a Golden's thing in most cases. The good news is that if they have an engaging toy - a puzzle toy is a great choice - they should be able to amuse themselves if you have to leave them alone for a while, although given that Labs are often big chewers that tendency is something you should keep in mind.

Did you know that the Doberman Pinscher is a breed created by a 19th century German tax collector who wanted a smart dog who could be imposing enough to keep any angry taxpayers at bay?

Their job descriptions have expanded a lot since then and dobermans are some of the hardest working dogs in the world, found everywhere from police stations and military bases to working as therapy dogs in hospitals.

The Dobiedale adds some curl and wire to a Doberman's usually very smooth coat, as well as an additional inherited skill for earth scent hunting. It also makes for an elegant with an edge of cute look that's hard to resist.

How to Find an Airedale Terrier Mix?

As we mentioned earlier, the best place you can choose to look for an Airedale Terrier mix is your local animal shelter.

Every shelter has a website these days, and many also make use of the nationally based Petfinder website too, so you can keep an eye out for one in shelters across the country.

Occasionally, some shelters who are becoming a little too full will arrange for transports to other areas of the country, and a specialist group like the Airedale Terrier Club may be able to give you more information about those, as well as about any full breed Airedales that might be looking for a new furever home.

You may also find that some Airedale Terrier mixes are offered online as 'designer dogs'. These will rarely be offered by professional breeders, as to retain their status and reputation most do not offer mixed breeds at all. Instead, mixed breed dogs are usually offered by amateur or hobbyist breeders.

If you do try to choose this route to finding an Airedale Terrier mix, you'll need to proceed with extreme caution. As more dogs are being discovered living in appalling conditions and having disabilities and abnormalities brought about by overbreeding, many states are cracking down on "backyard breeders" in an attempt to put an end to what can be a very cruel practice.

While there are some outstanding hobby breeders out there, be sure to carefully research the circumstances in which a puppy was reared and their current state of health. Inspecting their home is usually best if at all possible, as well as asking for proof that they have received the kind of vet care that animal shelter puppies do.