Sign up to receive our FREE recipes eBook and must-read actionable tips in your inbox. 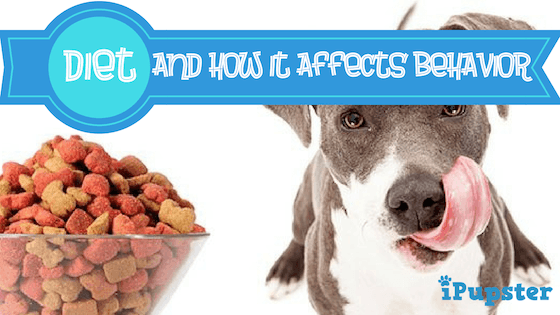 Can Dog Food Cause Aggression?

Is your dog displaying aggression? Is your dog being aggressive to other dogs and has it gotten worse recently? Could the aggression be diet-related? These are all valid questions an owner has.

The causes of a dog’s aggressive behavior are many and varied. But since a dog’s current diet is detrimental to a pet’s overall health and behavior it can indeed be a possible causative effect to recent changes in a pet’s behavior.

It is no secret that the dog food industry is a multi-billion dollar business. Feeding a dog only left overs is now a thing of the past. There is now a wide selection of gourmet foods, dozens of brands of dog food offering canned, dehydrated, holistic, BARF, organic, kibble, raw…. the list continues. One thing is certain - the dog food industry has seen a major transformation.

But how do we truly know that what we feed our pets is healthy and good for them? It is a topical, highly emotive and popular subject with many canine forums dedicated to arguing the pros and cons of a particular brand, diet or way of feeding.

Unlike humans, dogs cannot express themselves. Animals can’t tell you that wheat is causing their skin rash. Or that dairy is causing their headache or that chocolate can make them aggressive –humans can! Because pets can’t tell you that certain foods we feed them are triggering their allergic reaction – it is up to us owners to pick up on the various signs and notice any changes in their behavior and linking those two! The best time to do this is right after their feed.

Here are some of the symptoms that a dog’s current diet may be the culprit behind their recent aggression.

An animal behaviorist is typically an experienced dog handler or trainer with a background in veterinary science or animal behavior. They primarily work in modifying or altering behavior in dogs.

If your puppy or older dog is exhibiting behavioral problems you should seek the advise of a certified veterinary behaviorists for behavior therapy treatment. These professionals work with both the pet and the pet’s owners taking a behavioral approach that is, establishing the root cause of the problem to completely eliminate the issue, as opposed to a more traditional approach of controlling the aggressive behavior.

A dog behaviorist from the UK had a case where a 12 week-old puppy Rottweiler was brought in by an experienced dog breeder and the puppy’s current owners. The puppy would have episodes where he out of the blue charge around the room, growl and snap. The puppy had undergone all necessary socializing and puppy training. There was nothing wrong with the temperament of the Rottweiler puppy that would cause the aggression.

He began by observing the puppy in a relaxed environment where both the breeder and his owners were present. He noticed there was nothing out of the ordinary about his behavior. The puppy displayed no signs of dominance, listened to commands and didn’t struggle when restrained. Instead he found the puppy to be friendly and confident. During their chat the behaviorist had talked to them about his daily routine and had established the pup was being fed four times a day and that no changes had been made to his diet since they got him.

While casually chatting, after twenty minutes or so, the puppy fell asleep. Almost admitting defeat he noticed that the puppy began to sporadically twitch his front legs while asleep. Next, the pup wakes up and starts biting at his toes and legs. Within a space of a few minutes, the puppy starts charging around the office and begins to growl. What the behaviorist noticed was that the aggression was mostly directed at himself and more specifically at his legs. Knowing that the nibbling at his leg and toe is a common sign of an allergic reaction – he was able to link his behavioral change to the diet. Upon further investigation he discovered from his owners that this behavior was displayed usually two hours after being fed and followed the same exact pattern – beginning with leg twitching.

Finding the root cause of the problem – his diet - which initially was okay for a time the puppy began to develop an allergy reaction to it. The owners changed his diet and within 24 hours they were able to eradicate the problem.

The treatment for food allergies is avoidance.

Before rushing to make an appointment - always ask the question, what food are you feeding your pet? Has there been changes made to their diet? By simply asking this question you may be able to recall and link that the behavior started with a change in their diet or when you changed food brands. Thus a simple change of diet may be all that is required to alter their behavior and eliminate the aggression.

Food allergies generally account for 20% of the causes of itching and scratching in dogs.

The most common food allergens causing an allergic reaction in dogs include:

There are number of commercial brands (Zignature, Merrick , Taste of the Wild etc.) and that offer these and in addition there are also formulas where they reduce the percentage of the “trigger” foods so they no longer trigger the reaction. They are called “Limited Ingredient Diets” (LID), Hypoallergenic Diets or Hydrolized Diets.

In addition to being fed the food trial for this 12-week duration, the dog is not allowed any treats, rawhide, flavored medication, pig ears and supervised when allowed outside so that he doesn’t pick on foods or treats found outside.

After the trial is completed and if a dog shows a marked reduction or elimination of the symptoms he should be reverted back to its original diet. If the symptoms however return, then you have found the cause of his allergic reaction and thus his aggressive behavior. However, if there is no change displayed in his symptoms but the owners still suspect it is linked to a food allergy – another food trial using another novel food source can be investigated.

Be aware that some pets may develop allergies to new foods if they are fed those foods for long periods. If you notice any signs of food allergies returning, consult your veterinarian.