Can Dogs Eat Mashed Potatoes? Is It Safe for Them to Eat or Not? 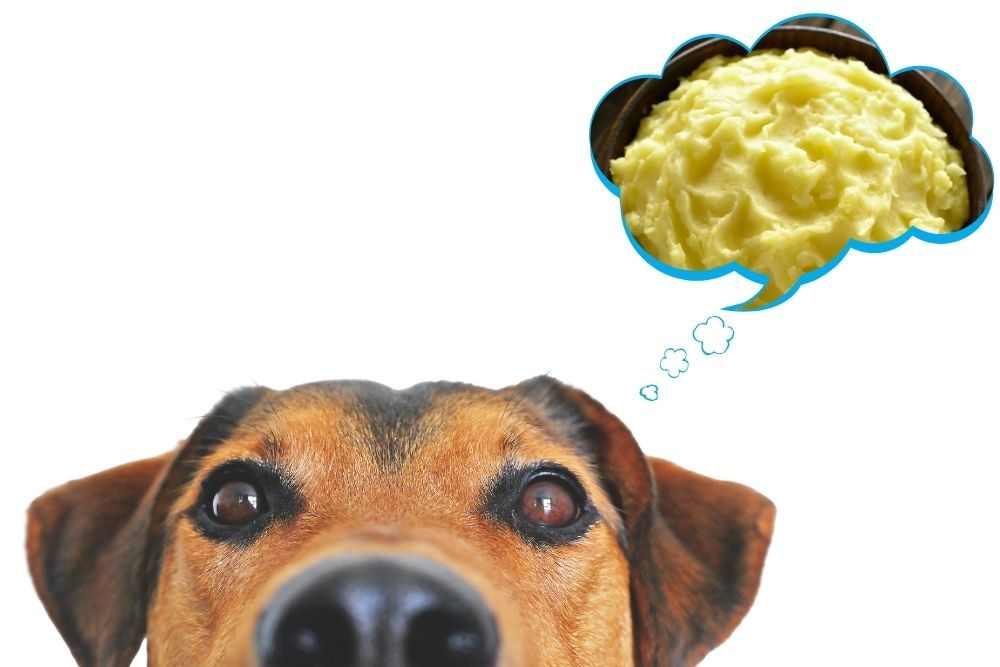 Right up there with pasta, rice and french fries, mashed potatoes are a staple side dish in most people's diets. These sides are so common here that we've practically just described the entrée sides menu at most restaurants! However, while you might like a side of mashed potatoes with your lunch or dinner, can dogs eat mashed potatoes?

It's fair to say that the answer here is yes, and no. As simple as they are, potatoes are not only more nutritious than you might realize but, as a foodstuff, have a more complex structural makeup that may make them unsuitable for some dogs, especially those prone to blood sugar spikes and certainly for pups already diagnosed with diabetes.

So while some dogs will love mashed potatoes for dinner just as much as their human, there are some things you should know before you load up their dish, things which we are going to explore here. 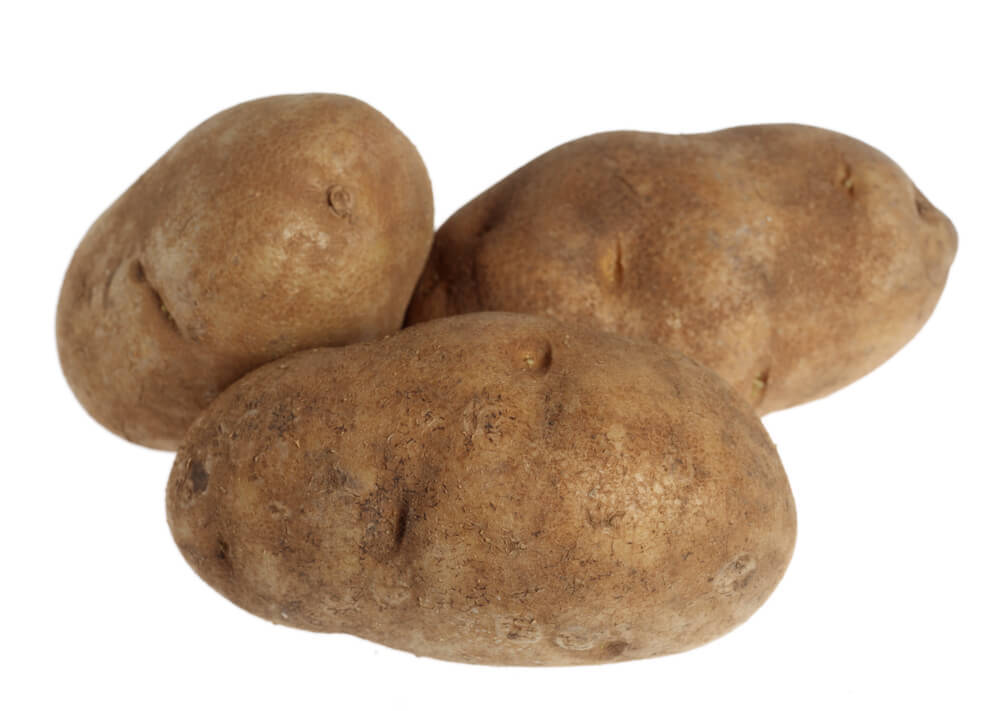 The potato scientifically known as Solanum tuberosum is a member of the nightshade family.

As we mentioned, most of us think of potatoes as a fairly bland, common foodstuff that needs to be dressed up with various condiments or cooked in a certain way to be enjoyed. We certainly rarely ever consider them as healthy vegetables in the same vein as the likes of broccoli or carrots.  However, potatoes are surprisingly nutritious.

The average potato contains vitamin A, vitamin C, vitamin B6, calcium, iron and trace minerals including potassium and magnesium.

One medium (173 grams) Russet baked potato, including the flesh and skin, provides the following nutritional value:

The nutrient profile of potatoes can vary depending on the type as well as the cooking method.

Potatoes, while they're quite high in carbs and natural sugars, mashed potatoes' reputation for being calorific mainly comes from the fact that they are often prepared using lots of milk and butter as you can see in this potato cooking method comparison below.

So, Can Dogs Have Mashed Potatoes?

The answer to this question, for a healthy dog with no known issues with diabetes or high blood sugar, is generally yes, if they are plain and well cooked (raw potatoes can be a problem, as we'll get to in a moment) and only fed in moderation.

In fact, some pet parents often give mashed potatoes to a dog with an upset stomach or dental issue, as they are soft, bland, and easily consumed. As it can be very worrying to pet parents when a dog won't eat at all when they have an upset stomach - although most dogs will be fine - seeing them eat SOMETHING is a big relief.

Concerns about the GI

Potatoes contain long strings of glucose molecules (that’s what starch is made of, and potatoes are starchy vegetables.) However, that not all potatoes have the same glycemic index or glycemic load (i.e., not all types of potatoes affect blood sugar to the same degree).

This information is especially important if your dog is on the diabetes spectrum and doesn't process sugars well. High blood sugars take a toll on your dog's body, increasing damage to the pancreas.

GI varies greatly among the species of potatoes consumed in North America.

Here's a glycemic index chart of common North American potatoes based on a study published by the Journal of the American Dietetic Association.

Researchers advise that the variety and method of cooking impact the glycemic index and to minimize dietary glycemic index you should precook potatoes and consume them cold or reheated.

If you want to feed your dog potatoes, opt for a lower GI potato variety and serve it in small portions, pairing it with foods that counteract the glucose.

Are There Any Health Benefits for Dogs From Mashed Potatoes?

In that potatoes are rich in certain vitamins and minerals - as we mentioned earlier, they are, for most dogs , certainly not that unhealthy. The issue for dogs is that they are also high in carbohydrates, which may lead to weight gain.

It should also be noted that when it comes to white potatoes, a great deal of their nutritional value is contained within their skin rather than the white pulp itself. As is the case for any vegetable, cooking potato, including boiling it, removes nutrients too. Sweet potatoes, by the way, do not have this issue, and so a bowl of sweet potatoes will offer a little more nutrition.

In addition one cup of sweet potatoes also contain 22184IU of Vit. A which is only found in trace elements in white potatoes. Vitamin A is an essential vitamin for dogs in order for skin, coat, muscles and nerves to function properly.

The Association of American Feed Control Officials (AAFCO) recommends that adult dog food provide 5000 IU of Vitamin A per kilogram of food and sweet potato is a rich source of this vital vitamin. 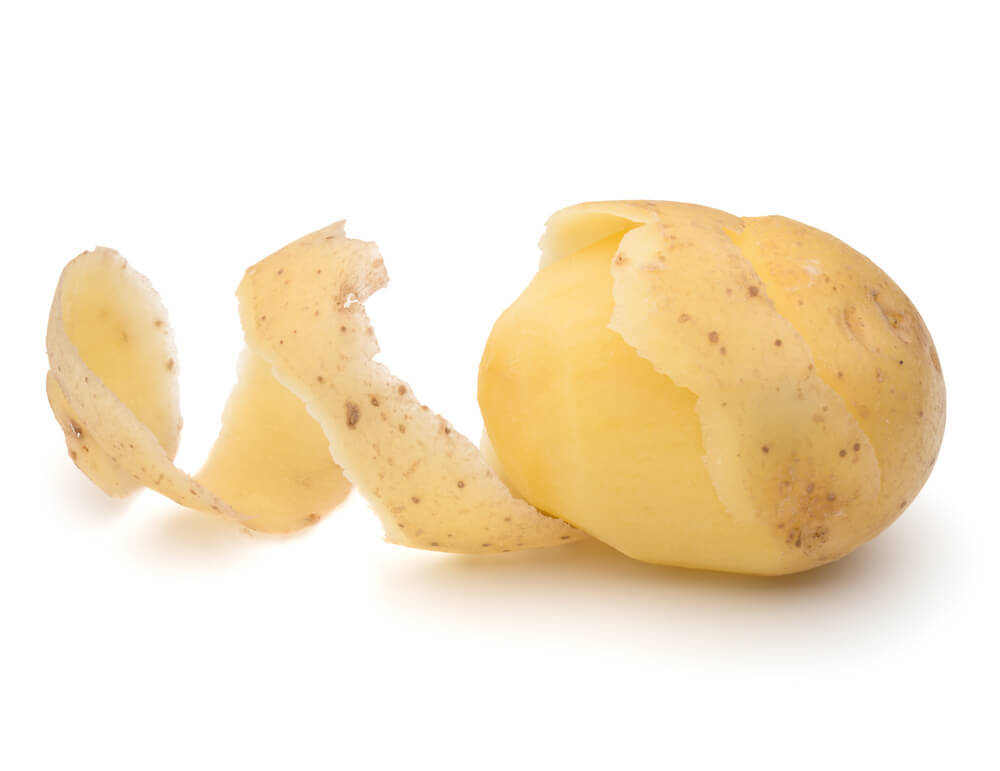 Many dogs find that potato skins are yummy and crunchy, but they should only be given to your dog in moderation. Oxalates are found in potato skins. Oxalate is a chemical found in some foodstuffs and produced by the body as a waste product. It leaves the body via the urine.

Kidney stones can be caused by consuming too much oxalate and excessive amounts can lead to kidney damage. When it comes to potato skins, this is rarely a problem for humans, and in very small amounts it's not really a problem for most pups, but in larger quantities it can be an issue, especially for small dogs.

So to be especially safe, keep the potato skins to yourself and only share little amounts of unseasoned, cooked potatoes with your pet.

Most dogs would actually not be too keen on raw potato anyway, as it has a bitter taste that is very unappealing (which is why you'll never find raw potato is human food too.) But there is also a scientific reason why dogs should never consume raw potato.

In its uncooked state, potato - including sweet potato - contains significant levels of a substance called solanine.

Solanine is a cholinesterase inhibitor that prevents the breakdown of the neurotransmitter acetylcholine. By accumulating in the tissues, particularly the liver, this reduces the function of the neurological system and the body's organs, especially the kidneys and liver.

Technically, these toxins can make humans sick as well, but it would take a lot more potatoes than we eat to even elicit mild symptoms. However, whether cooked or raw, it is preferable not to eat potatoes that have green skin or sprouts, and you should never feed them to your dog.

Solanine poisoning in dogs can occur after eating just a raw potato or two, and if you suspect that your dog has snuck himself a raw potato you should consult your vet, or ASPCA Animal Poison Control at (888) 426-4435, as soon as possible to get expert advice on the next steps to be taken to keep your dog safe and healthy.

In case you were wondering, not all the solanine is removed by cooking potato, but most of it is, and as the majority of it is contained in the potato skin, once potatoes have been peeled, boiled and mashed it is really no longer a problem.

How Much Mashed Potato Is Safe for Dogs?

Throughout this piece we've emphasized the importance of feeding any form of cooked potato to your dog in moderation, and that certainly applies to mashed potato, but what does moderation really mean?

Moderation means that mashed potato should certainly not be a part of your dog's daily diet. If they are unwell, a small amount may be just what they fancy, but it should still only be offered in small amounts, and they should be returned to their usual diet as soon as possible.

When it comes to how it should be prepared for your dog mashed potato should be made by boiling peeled potatoes without salt or spices, making sure they are thoroughly cooked - as in they mash with no effort with a fork, and served without any of the butter or milk you probably add to your own mashed potatoes to give them that delicious creamy taste.

Potatoes that have been cooked and cooled, then either eaten cold or reheated, will have less of an effect on blood sugar than potatoes eaten freshly cooked and hot.

If your dog likes to make use of a fillable Kong toy, and also likes mashed potato, mashed potato as an occasional filling for that may be something they enjoy. You could also add a small amount as a topper to their standard meal occasionally too.

Finally, you may be wondering if other forms of cooked potato are safe for your dog to consume.

French fries and fried hash browns are never a good idea (no surprise there) -  but plain boiled potato chunks - again, given in moderation - offer the same benefits - and risks - that mashed potatoes do.

And as we mentioned earlier, cooked sweet potatoes retain more of the beneficial nutrients potatoes have to offer, and their slightly stronger taste may be more appealing to fussy eaters.