Can Dogs Get Strep Throat?

One of the struggles parents have gone through for decades is determining when their child's sore throat is just that, a soreness caused by colds or flus, and when it is strep throat, which is an infection rather than a virus and should be treated with antibiotics, which colds and flus should not. Pet parents often face similar problems, and ask themselves things like "do dogs get strep throat"?

There is no simple answer. Yes, dogs can get tonsilitis and a sore throat. They can also get an infection caused by Streptococcus bacteria. However, these are not the same condition as strep throat in humans.

Here we are going to take a closer look at the issue of canine strep throat and other related issues that pet parents often find confusing, especially when it comes to the various, and numerous, reasons their pup may have a sore throat.

Do Dogs Get Sore Throats? 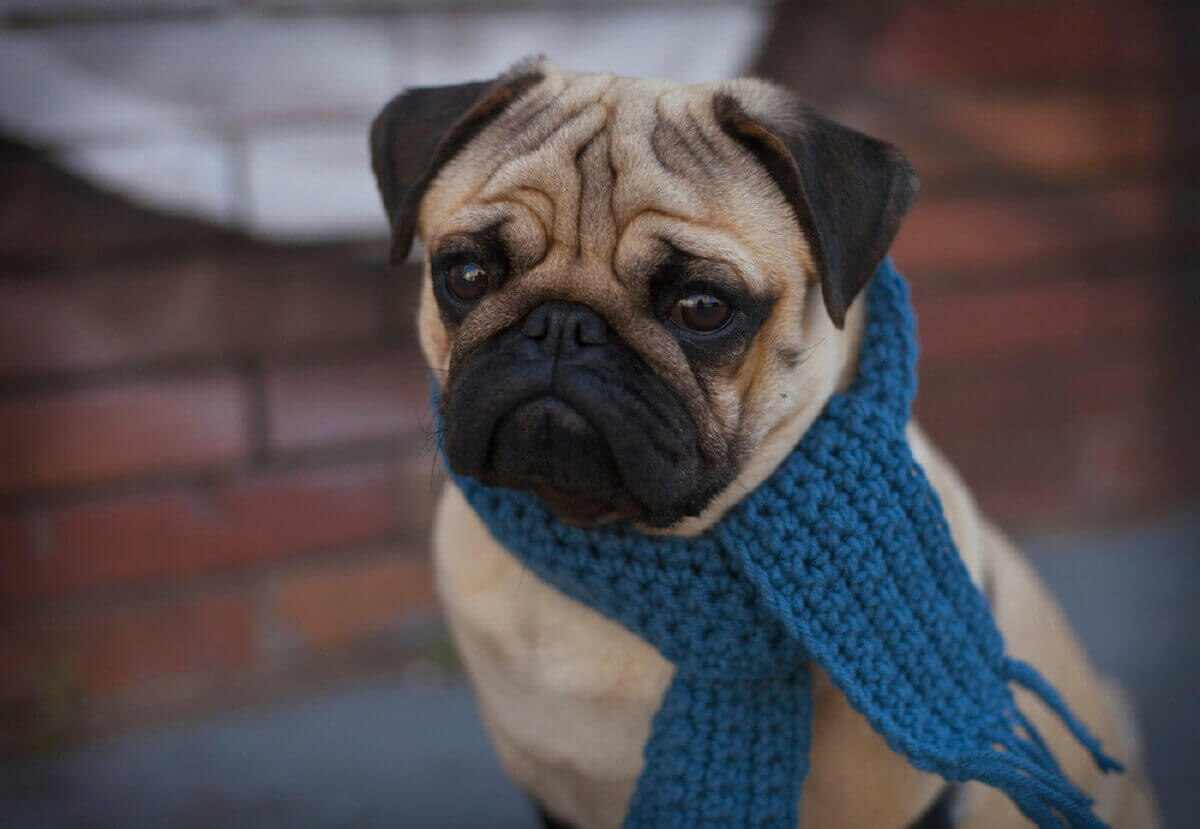 A sore throat is simply due to inflammation in the tonsils or the pharynx. It can be caused by irritation from allergens, a foreign object, or an infection.

Dogs can get sore throats that are also associated with coughing, sneezing, and runny noses and eyes, or they may be a stand-alone issue.

What is Strep Throat?

Most sore throats are just that, a soreness from a throat that has become inflamed as a result of a cold or the flu, or, in some cases, a particularly bad cough. These are most of the time due to viruses, and cannot be treated with anything other than rest and fluids, and that is as true for a dog as it is for a human being.

A small proportion of the sore throats seen in doctor's - and vet's - offices every year are, however, the result of the infection known as strep throat. It's called strep after the specific bacteria that is the culprit: streptococcus.

Strep throat as we know it is very rare in dogs. Most healthy dogs can easily beat a streptococcus infection before it becomes a problem. However, young puppies, older dogs or immunocompromised pups may have a harder time.

Because strep throat is primarily a human illness, don't automatically assume that your dog's apparent throat problems are caused by streptococcus, especially as the chances of that being the case are very low.

For a number of years, some thought that the dormant streptococcus bacteria in a dog's mouth may lead to infect humans around them. Research has now shown that is very rarely the case.

The reason why this is important is this belief in the past led some vets to prescribe dogs antibiotics 'preemptively' to prevent them from infecting their humans. This unfortunately contributed to the problem of antibiotic over prescription that has become a serious concern for both human and dog health.

Antibiotic resistance is promoted by misuse of antibiotics, particularly when antibiotics are used when they aren't needed. Antibiotic usage in humans and animals can be unnecessary or inappropriate, according to the Centers for Disease Control and Prevention.

Ask a Vet Anything

Bring all your questions about dog health and get answers in real time from licensed veterinary professionals available 24/7.

Tonsillitis is an inflammation of the tonsils. Dogs have two tonsils, located a the back of the throat. The tonsils' main job is to help keep bacteria out of the body. When they are put to work or become infected themselves, they can become enlarged and inflamed. This is is known as tonsillitis.

Tonsillitis is less common in dogs than it is in humans, and it’s usually the small breeds that are most effected. Very, very few cases will actually warrant a tonsillectomy.

What Causes Sore Throats in Dogs? 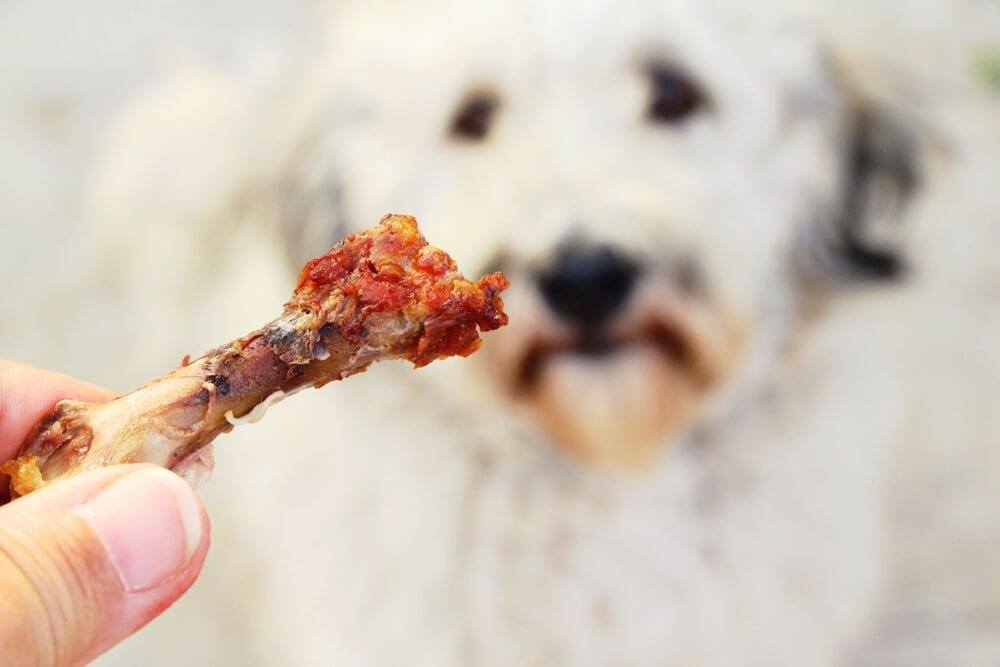 Only your vet can diagnose what might be the real cause of sore throats in dogs. To determine if an infection is the problem, they will need to do a culture test, as doctors do for humans. To see if the tonsils are the issue, they will need to perform a full examination.

But strep throat and tonsillitis are rare in dogs. So what else might cause sore throats in dogs?

Dogs live to put things in their mouths. A lot. In fact, it's the rare pet parent who has not found themselves at least occasionally chasing their pup asking her (not that they'll answer) what it is they have in their mouth.

Throat injuries from foreign objects, or from a jagged bone are more common in dogs than primarily human ailments like strep throat or tonsillitis, and they will often cause sore throat-like pain. Such injuries could also be more serious, and a vet should always be consulted if you suspect your pup's throat has been damaged by something she ate.

Kennel cough is another very common cause of sore throat in dogs.

Kennel cough is a highly contagious illness that can strike any dog, of any breed, at any age. In many ways, it's similar to the colds that humans contract from one another. It's frequently, but not always, contracted when your dog is in close quarters with another sick dog. It's called kennel cough because it's widespread in dog shelters and boarding kennels with insufficient ventilation.

Kennel cough is the primary reason why, if you board your dog, or take her to doggy daycare, the provider will insist that they have an up to date Bordetella vaccine. This is the vaccine created to ward off kennel cough.

Viruses or bacteria that affect the upper airways can lead to a sore throat. Nasal congestion and difficulty breathing can all cause throat irritation resulting in a sore throat. Other signs of an upper respiratory infection include coughing, sneezing, runny nose and eyes, noisy breathing, lethargy, and not wanting to eat.

Infections in the mouth due to dental disease can cause irritation and soreness in the throat. Dogs may also not want to eat, have bad breath, red gums, or leave bloody spots in their food or water bowl.

Unfortunately, dogs can develop throat and mouth cancers, some of which can cause a sore throat. 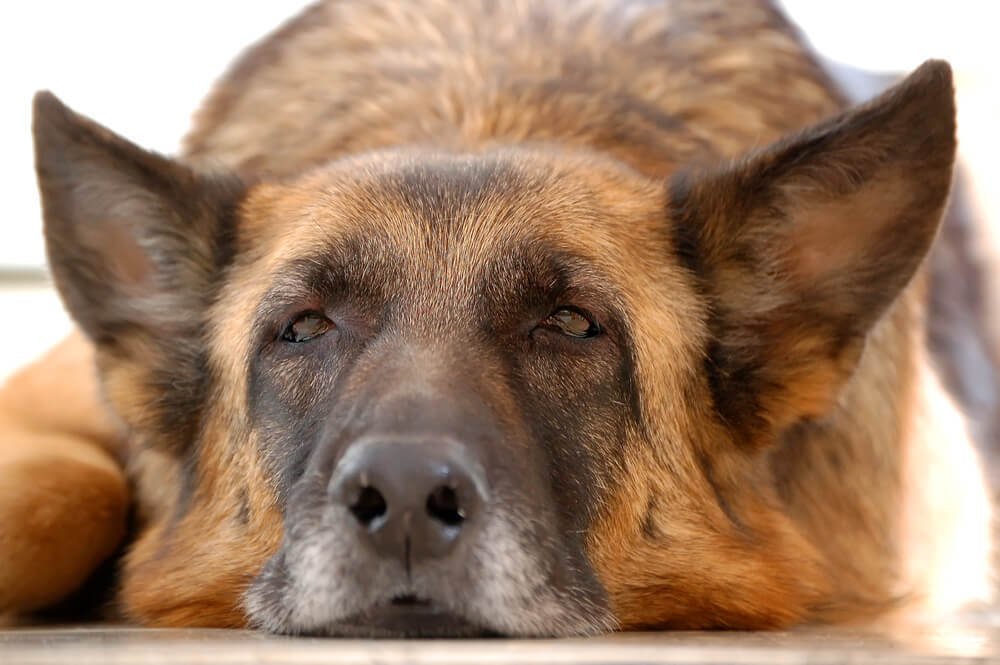 As we mentioned right at the beginning, your pup can't exactly tell you that he has a sore throat in the same way as a child might. So how would you know if he even had one at all?

There are signs you can watch for, including the following:

As many of these things can also be symptoms of other canine health problems, a visit to their vet is warranted as soon as possible. There your pup can be properly examined, and it can be determined what is causing their signs.

How are Dog Sore Throats Treated?

Most infectious causes of a sore throat in dogs will be treated with antibiotics, rest and relaxation, and other supportive care. Dogs with injuries to the throat may need anti-inflammatories and to be fed a soft or liquid diet to allow for healing.

Dental disease will be treated with a professional cleaning +/- antibiotics and tooth extractions. Tumors in the mouth and throat will be assessed and removed if possible. Some may warrant radiation or chemotherapy.

Can You Help Dogs Avoid a Sore Throat? 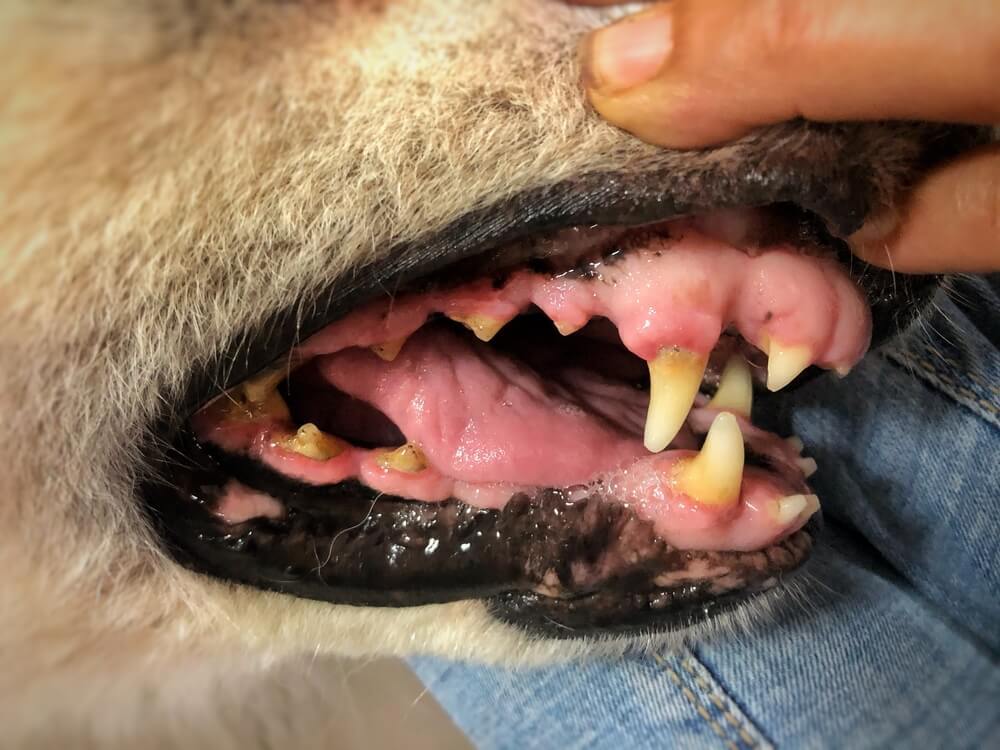 Dogs do get their own versions of a cold, and so may get the occasional sore throat that is par for the course. The best treatment will be similar to that for a human: lots of fluids and rest.

There are some things you should do however to help prevent sore throats that result from accidental throat injury, poor dental health or kennel cough:

Get Serious About Your Dog's Dental Health

Keeping your pup's teeth clean can be a struggle, as many dogs hate their teeth being brushed. It is, however, important that you take that struggle on, as poor dental health can lead to all kinds of problems within the mouth and throughout the body.

Try to brush your dog’ teeth at least once a week, and have them cleaned at the vet once or twice a year. You can also try offering them a dental health treat like Greenies, which are designed to help maintain healthier teeth and gums.

Watch What Your Dog Eats

Telling you to try to keep your dog from eating things they shouldn't is a bit of a no-brainer. But the bones you offer them can be a problem too. Thin, brittle bones - chicken bones are a good example - can splinter easily and lacerate the throat or even become lodged there, resulting in a far worse outcome than a sore throat.

Also be wary of dog toys that can be shredded or swallowed as these present the potential for a mouth or throat injury as well.

Get Your Pup Vaccinated

Kennel cough is a common cause of dog sore throats, but it can do far more damage than that. Getting your dog vaccinated and keeping them away from sick dogs can help prevent it.

The kennel cough virus is extremely infectious. Your dog is at risk of getting kennel cough if he visits dog parks, stays in kennel facilities, goes to doggy daycare, or attends training programs or dog shows.

Many of these establishments require confirmation of Bordetella vaccination before allowing dogs on the premises, so it is in your dog's best interest to receive the vaccine for his well-being and extracurricular activities.

If your dog is confined to the house and rarely interacts with other dogs, ask your vet if they think your dog is at risk of acquiring kennel cough and should have the vaccine.

Read Next: Dental Plaque in Dogs: What Is It and How To Remove It 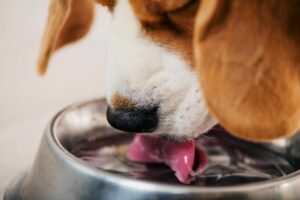