Do Lhasa Apsos Bark a Lot?

The Lhasa Apso is a tiny silky-haired charmer of a pup whose ancestors spent hundreds of years as companions to Tibetan monks before they were introduced to the Western world as precious pets.

The Lhasa Apso is small, requires less formal exercise than many dogs, and is considered hypoallergenic. All of this makes them potentially the perfect pet for city dwellers, especially if they live in an apartment. But there is one more important factor to consider if you have very close neighbors: do Lhasa Apsos bark a lot?

Why Do Lhasa Apsos Bark? Do They Bark a Lot? 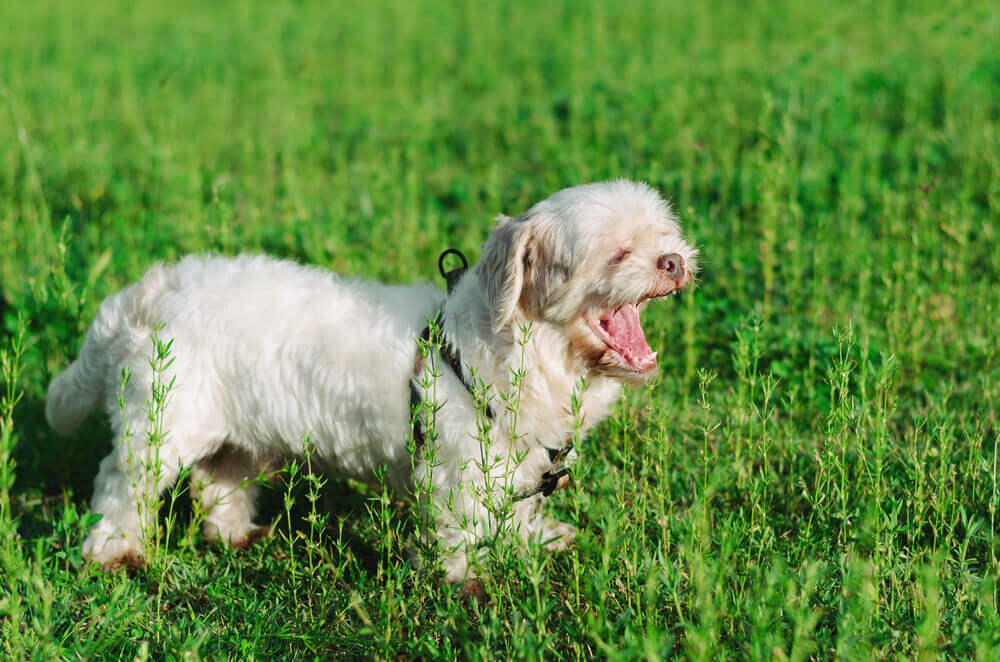 Almost all dogs bark - there are a tiny handful of exceptions, like the Basenji who 'chortles' instead - so yes, Lhasa Apsos bark.

As they were originally bred to serve as guard dogs as well as companions, the Lhasa Apso may bark more than other dogs, and with a sharp, urgent tone that their ancestors may have used to scare away potential intruders.

This sharp, occasionally yippy bark can become annoying if it carries on for too long, and if a Lhasa Apso is not taught when and where it is appropriate to bark, and when they should be quiet, you may indeed start getting complaints from the neighbors.

According to the ASPCA, the most common reasons for a dog to bark are:

How To Stop a Lhasa Apso From Excessive Barking 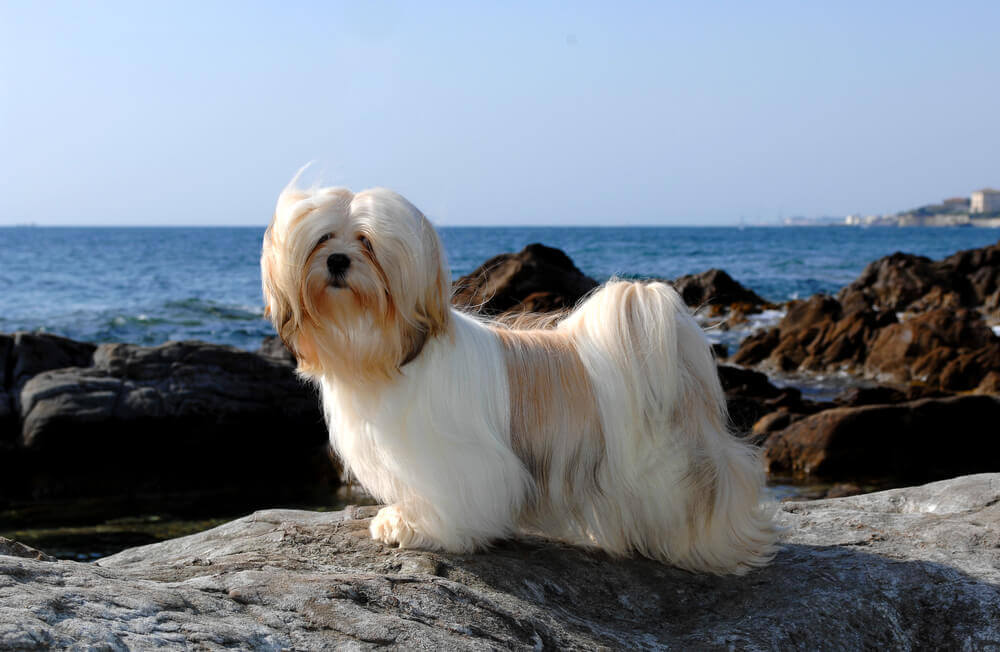 The simple fact is that you can't expect a dog like the Lhasa Apso to be quiet all the time, and there are occasions when you might want him to bark.

However small they are, their guard dog heritage means that the Lhasa Apso, while a loyal and very affectionate dog with his family, can project a far less friendly attitude to strangers they don't trust, and, if you live alone, that might be a good thing.

However, suppose you don't want the mailman to balk at delivering your mail, or your visitors to shy away from your pup. In that case, you should make an effort to stop your Lhasa Apso from barking in inappropriate situations or for long stretches of time.

But before you can do so effectively, it helps to understand what might be triggering excessive barking in the first place.

The Lhasa Apso is a smart dog breed, and they do need plenty of mental stimulation to be happy and well-behaved.

If you are at home and paying attention to them, they will usually be engaged and playful, or happy to just doze.

When they are not engaged to their satisfaction, some Lhasa Apsos vent their frustration at their boredom by barking.

Obviously, you can't play with your pup 24/7, and he may need to be left alone at times.

Engaging interactive toys can be very helpful in the latter case, but your pup should also be taught that barking to get his own way is unacceptable. This can often be achieved by refusing to respond to the barks until he gets the message that it's good behavior that gets him rewarded, not the volume of his barks.

If you leave them alone for a while (even if you were just in another room) lots of dogs, Lhasa Apsos included - will often bark and yip excitedly when you return. This is sweet and cute and can make you feel very loved as a pet parent. However, if they keep going for more than a minute or so it can become very annoying.

Once again, bark training can help here. You can teach your pup that she will get all the 'pets' she wants if she calms down and stays quiet.

If your Lhasa Apso barks at every stranger they see and keeps barking, even when they have been told that the strange person is not a danger to them, their home, and their family, then it's likely that they need both bark training and more socialization.

If a pup stays at home a lot, and rarely sees other humans (or other dogs) they will quite naturally be spooked, and bark a lot, when they do. In addition to formal bark training - like that offered online by renowned dog trainer 'Doggy Dan' - you will likely be able to significantly reduce this 'stranger danger' barking if you get your pup more used to other people.

Heading to the dog park, or simply taking longer walks around the block where there are plenty of people will help a lot. So will formally introducing them to people who might stop by your home often - like the mailperson, so that these people are strangers no more.

Lots of dogs, not just Lhasa Apsos, bark when they are left alone, sometimes out of boredom and often because they suffer from separation anxiety aka they really don't like the feeling that they have been left alone.

Unfortunately, you can tell them you'll be back soon every time you leave but, because dogs don't seem to judge time in the same way as we do, it's unlikely to be much comfort to them or stop them from barking as soon as they hear the door close.

Separation anxiety is often one of the biggest challenges pups and their pet parents face, especially when it comes to pups who are naturally companion breeds like the Lhasa Apso. Barking may be just one of the manifestations of separation anxiety, which may also include destructive behavior and/or a refusal to eat or drink.

If you will need to leave them alone for long stretches on a regular basis, the Lhasa Apso may not be the right pup for you, as they often struggle more than some other dog breeds with the concept of being alone in general.

However, training and simulation can help. Puzzle toys and background TV noise can be useful - you can ask an AI assistant like Google Home or Alexa to play calming music for example - and train your dog not to bark when alone by creating separation 'situations' when you are home but out of sight.

The Importance of Bark Training

You will have noticed by now that for every reason that your Lhasa Apso barks excessively we have suggested that formal bark training will help. We do so because, quite simply, it will, especially when a smart pup like the Lhasa Apso is the student.

Many pup parents realize this by themselves and know that their pup not only needs bark training but basic dog training as well in order for both them and their pup to enjoy their life together to the fullest. However, they lack the time to head to dog training classes, or there are only limited options in their area.

Online dog training can be the answer here. While there are an increasing number of options, we have found, both in our own experience and in listening to other pet parents, that the bark training offered online by Doggy Dan is particularly effective.

Doggy Dan is really New Zealand-based dog training expert Dan Abdelnoor. A former British police officer he has been training dogs for over twenty years, and shares his expertise in a series of easy to follow, complete at your own pace dog training courses online, including an extensive and effective bark training course.

You can't stop a Lhasa Apso (or any dog) from barking completely, but by following the tips in this article, and making a consistent effort, you can reduce that barking to appropriate situations only, which will make life easier and nicer for everyone around your pup, including your neighbors, making them the perfect apartment dog after all!