Help! Why Does My Dog Bark and Lunge at Other Dogs? 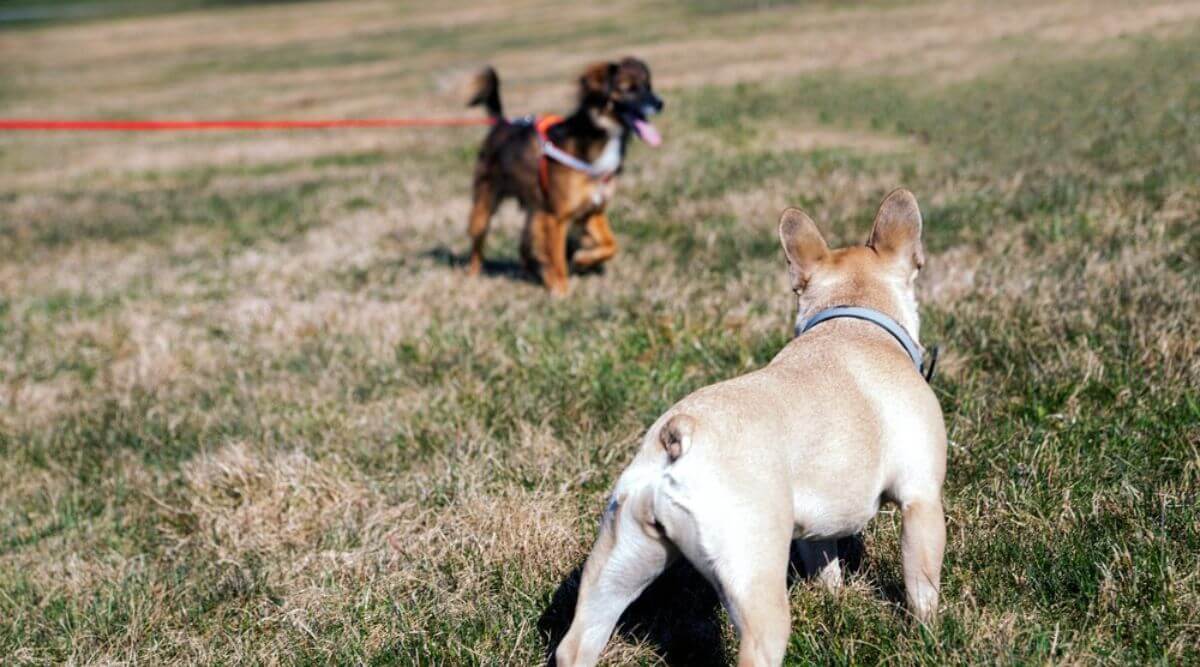 When you think about it, dogs are not that different from us people. They have their own personalities, likes, and dislikes. They can be scared or excited, happy, or angry. And they do not always react to situations in the same way that we would expect them to (think of how often someone will tell you "My dog hates cats" only for your dog to go right up to the cat and sniff its butt).

Just like us humans, dogs are individuals and will react differently depending on what they are feeling at any given time.

Be aware of triggers.

If your dog is barking or lunging at other dogs, it is imperative that you know what might set him off. The best way to deal with a trigger is by simply avoiding it altogether if possible.

For instance, if you know the scent of peanut butter will cause your dog to bark like crazy and lunge at other dogs, avoid carrying around any kind of peanut butter treats when out in public!

It is not always easy to anticipate what will set off our pets' reactions though, so sometimes we must take more drastic measures – like avoiding certain areas entirely until we have been able to train them better; however, do not be discouraged if this happens!

There are plenty of ways that we can work towards improving our pet's behavior through training (and through making sure they get enough exercise).

Why Is Your Dog Barking at Other Dogs While You Are Walking Him?

There are several reasons why your dog may bark at other dogs while on walks.

One of the major reasons for antisocial behavior is lack of proper socialization.

Lack of socialization as a puppy to other dogs in the first few weeks of puppyhood can lead to this very common behavior problem among dogs.

The critical socialization period is between three and 16 weeks of age  and dogs should meet other dogs during this time.

However, if you have a rescue dog that you have adopted from a shelter home with this problem then all you can do is correct it through training. 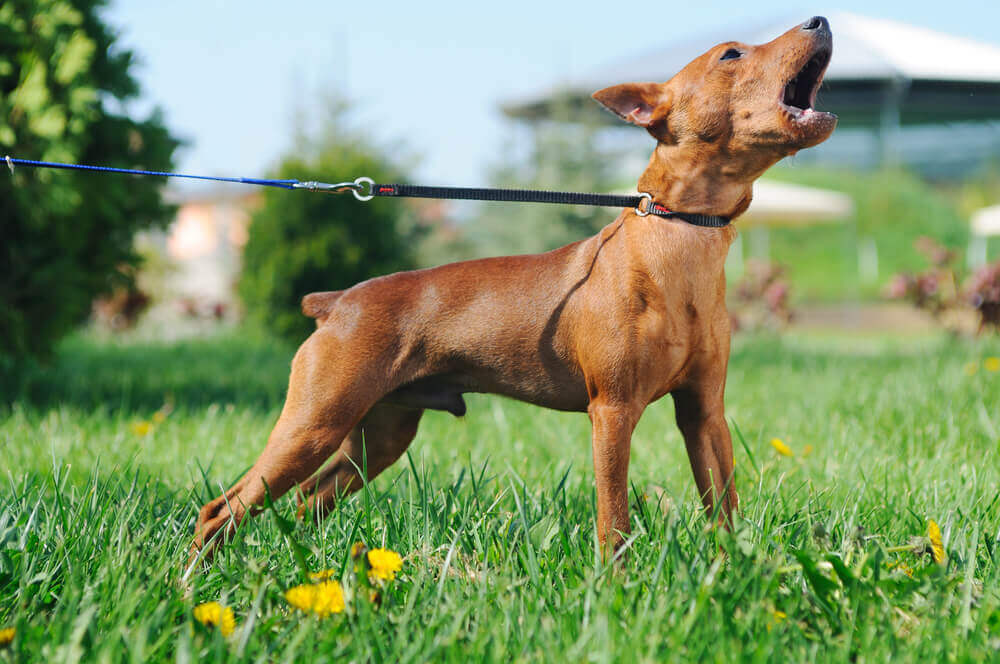 Dogs can sense fear from other dogs and will respond by barking, growling, or even lunging at the other dog.

If you notice that your dog is acting aggressively toward another dog while on a walk, you should try to get him off the leash and into a safer environment as soon as possible. In fact, Blue Cross lists fear among the top reasons why dogs bark at passers-by.

Aggressive behavior in dogs is usually preceded by some type of warning sign, such as raised hackles or bared teeth.

However, if your dog is already displaying aggressive behavior toward another dog, it is best to remove him from the situation immediately so that he does not become more aggravated or hurt someone else in the process (or get hurt himself).

Over-excited dogs might try to overpower their leash and this is not aggression. As per the American Kennel Club, it is just a case of an over-enthusiastic greeter.

Do not confuse this behavior with aggression, and just wait for them to say hello.

Dogs are naturally territorial animals and will often act aggressively toward strangers who they feel may pose a threat to their territory or home turf.

This includes strange dogs walking past their property or into their yard without permission or invitation (like during walks).

If your dog barks at other dogs while on walks, it could be due to territoriality issues rather than fear or aggression problems.

Your dog can feel threatened when another dog approaches too closely because he does not know if it wants to play or fight (or both). There could be competition over resources like toys or food, so he feels like he must defend his territory against the intruder (which could mean protecting you). 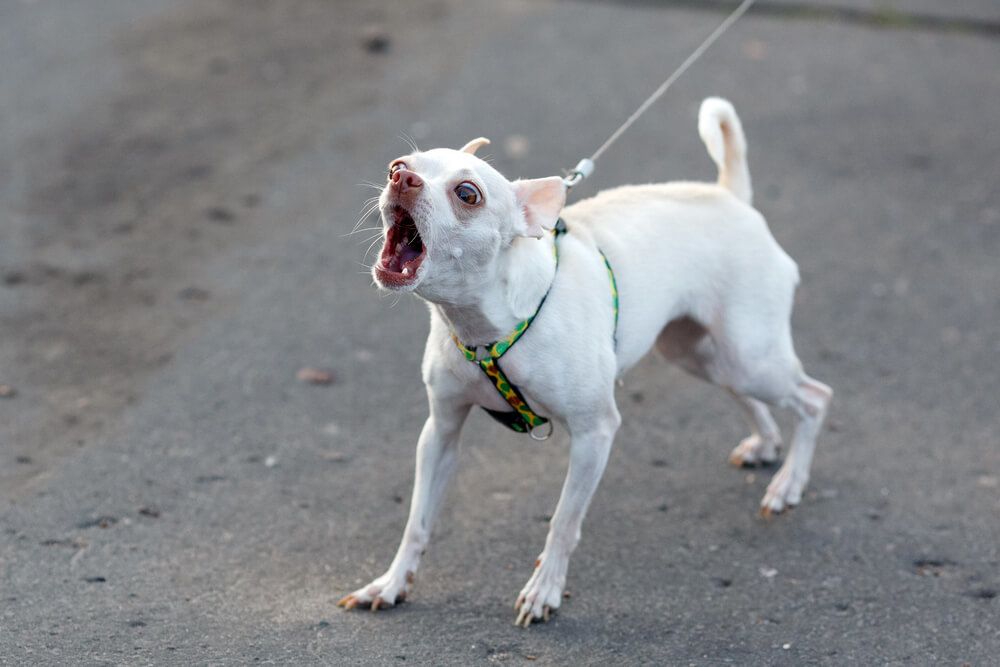 This dog is fearful. Ears are pinned back, eyes are hard, he is behind the vertical with a lowered body posture and his lips are pulled back in a "V" shape. He is barking defensively to try to keep the threat from coming closer.

Barking is one of the ways dogs communicate with each other.

It is how they say hello, tell each other where they are, and warn each other when there’s danger nearby. Your dog sees another dog and thinks it needs protection from the potential threat.

Why Does My Dog Lunge at Other Dogs on Walks?

Lunging at other dogs is a way for your dog to make other dogs back off. It is a display of dominance, aggressive behavior, and/or fear that is often motivated by excitement.

This means there are many reasons why your dog might lunge at another dog on walks — and they all need addressing to keep both you and your pup safe.

If you are walking with your pooch while he lunges, it is unlikely that you will be able to stop him in time before he contacts another animal or human being (eek!).

Instead, we recommend working on training off-leash first and then putting together some basic behavior modification skills such as teaching “sit” and “down” commands so that you can get control when needed.

How to Make My Dog Stop Barking at Other Dogs? 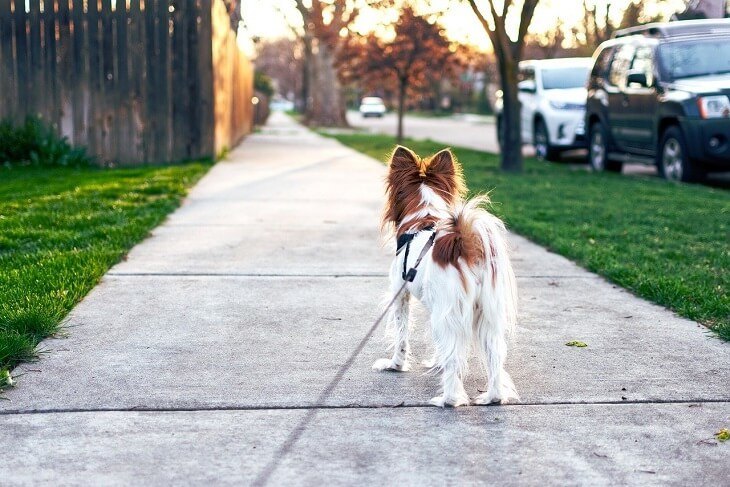 Start training, but the training used will vary depending on what kind of learned barking is involved.

Finally, if all else fails and none of these tips are working for you and your pooch, try using an anti-bark collar!

These collars deliver mild electrical shocks when triggered by loud noises such as barking so that dogs learn not to make those noises in certain situations (like when there is another canine around).

How to Get My Dog to Stop Lunging at Other Dogs? 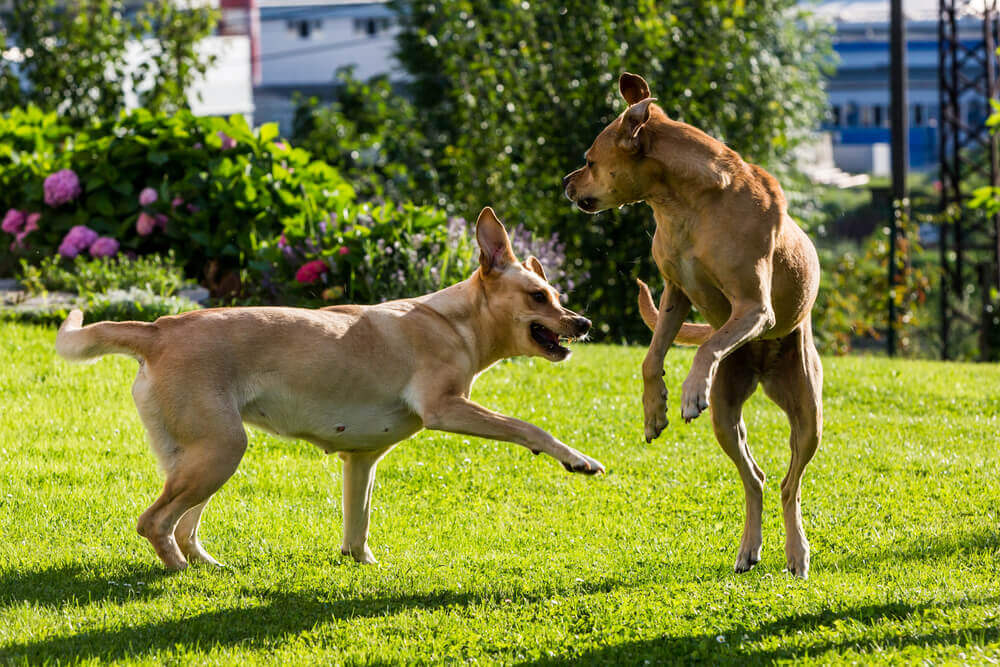 If your dog barks and lunges, you are too close to the other dog.

There are many ways to stop your dog from lunging and barking at other dogs, but it takes time and patience, plus a commitment to changing their behavior for good.

Let us start by looking at what might be triggering the behavior:

Is your dog dominant?

Maybe they feel like they need to assert themselves over another dog to maintain their position as the alpha friend in your pack. This is more common with male dogs than female ones (this goes back to our primal instincts).

Dogs behave this way when they think others are challenging them or trying to take something from them — like food or toys — when really just want to enjoy a nice day at the park.

Are you dealing with anxiety?

Your pup could have a fear of being around other dogs that makes him feel threatened by them no matter where he goes. It is important for you to know what his triggers are so that you can avoid exposing him too much until he feels comfortable again around other dogs on walks or visits with friends' pets who come over for dinner parties every few weeks-ish (if this sounds like something familiar!).

Is it a breed that is known to be aggressive?

Some breeds are known to be more prepared to attack or react. Two common examples:

If your dog is a Pit Bull Terrier or American Staffordshire Terrier (also known as an Am Staff), they are bred to fight other dogs to win money from spectators. Most people who own these breeds do not want them fighting, but there is a chance your pup will still have that instinct if another dog approaches them on their walks.

Dachshunds can also be aggressive toward other dogs (and humans). They are bred for hunting badgers and small animals underground — and if any other creature comes into their territory, they will attack! 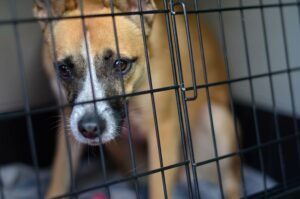 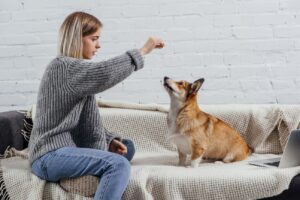 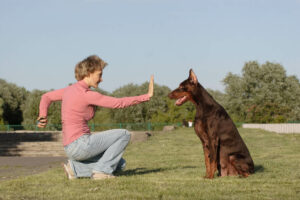