The specifics of a breed will play a big role in how much time and energy you have to spend caring for your pet. If you choose a breed that does not match your lifestyle or even your budget, it may result in the pet losing its forever home.

It is a good idea to compare the Great Pyrenees and Newfoundland dog breeds before you consider adoption.

Great Pyrenees and Newfoundland dogs are both giant breeds. Their coat lengths and characteristics are similar, but their instincts and personalities differ.

Both breeds are obedient and friendly in addition to being easy to train. The Great Pyrenees are great defenders and will guard family and property fiercely.

Newfoundland dogs love water and people, and make great family pets for those who have the land to accommodate them.

Before making a final decision on which breed to add to your family, it is a good idea to consider all of the similarities and differences.

To find out more about Great Pyrenees and Newfoundland dog breeds so you can decide which will be the right fit, keep on reading. 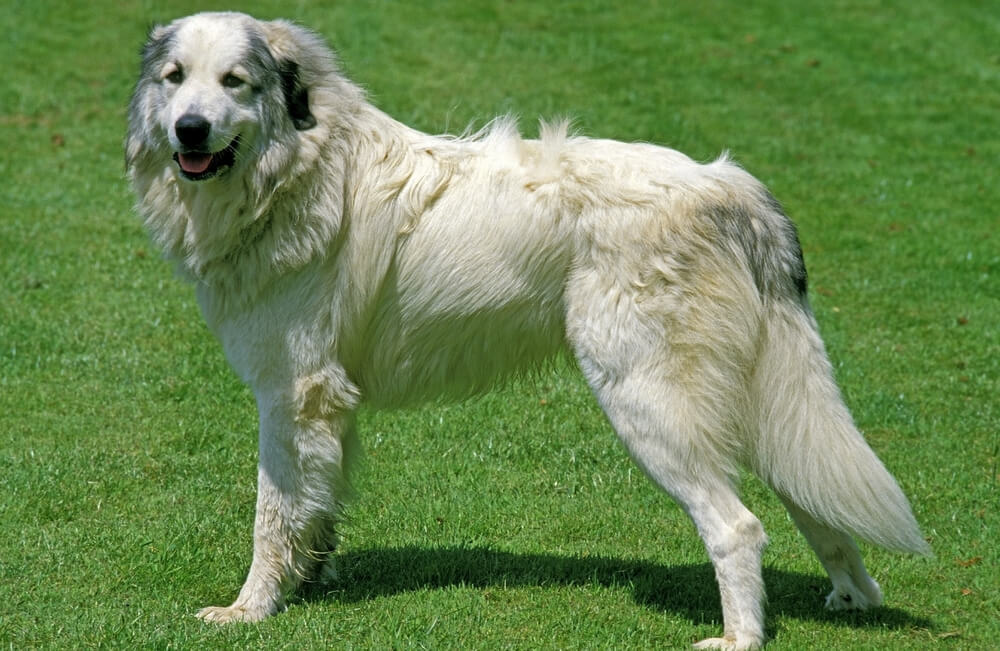 The Great Pyrenees is an internationally recognized dog breed. This large breed, often compared to big dogs like the Saint Bernard, has a very silky coat of hair and it's head is wedge-shape like.

The hair will get thicker in the winter so much that it sticks out on the sides. It features a medium-length snout and floppy ears.

This is a big dog with a big personality.

Even the legs of this breed feature thick hair giving it a bushy appearance.

This dog breed is almost completely white but can be found with small brown spots on occasion, and different shades of tan, gray and rust colors. 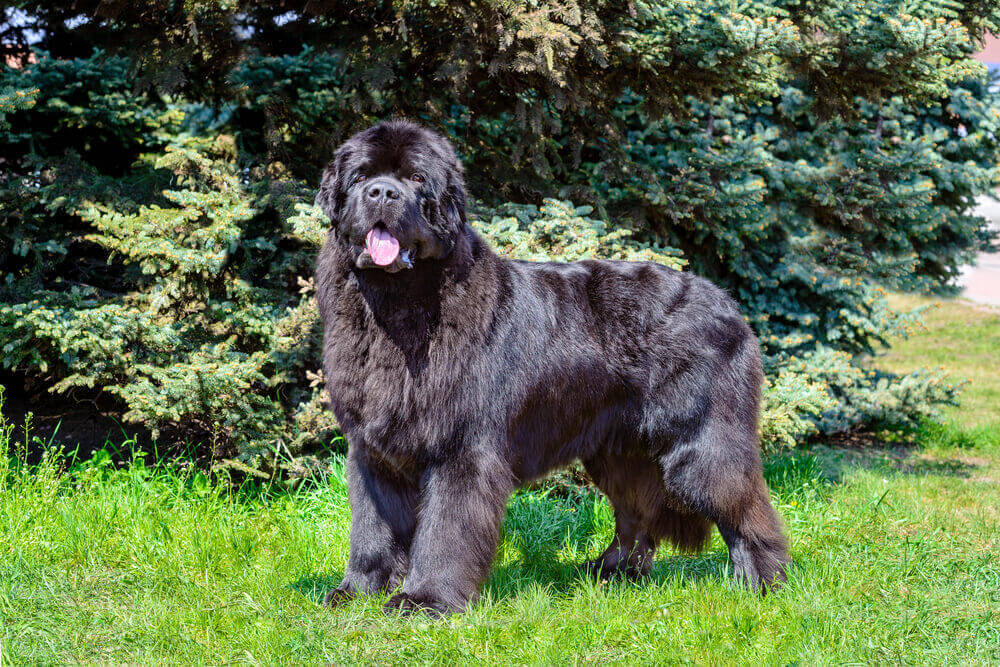 Stealing hearts in three, two, one.

The Newfoundland breed features fluffy coats of fur that thicken in the winter.

This breed also features a large mouth paired with a wide head. The tails tend to be very bushy and long. In general, the Newfie is either all black or all brown, but on occasion, they may present with white spots.

What is the Difference between the Great Pyrenees and a Newfoundland?

Newfies are usually black or brown and have longer ears than Pyrenees dogs. They also have a tendency to drool more often due to longer upper lip length.

The Pyrenees are mainly white and generally have a crest of fur that sprouts out between the two front legs like a scarf. The short upper lip is also a distinctive difference.

The Newfie originally came from Canada through their exact breed origins remain a mystery. They were given their name in 1775 by George Cartwright and are now commonly called Newfies.

Great Pyrenees hail from Europe in the Pyrenean Mountains. They were bred to be sheepdogs but later were adopted by royalty. 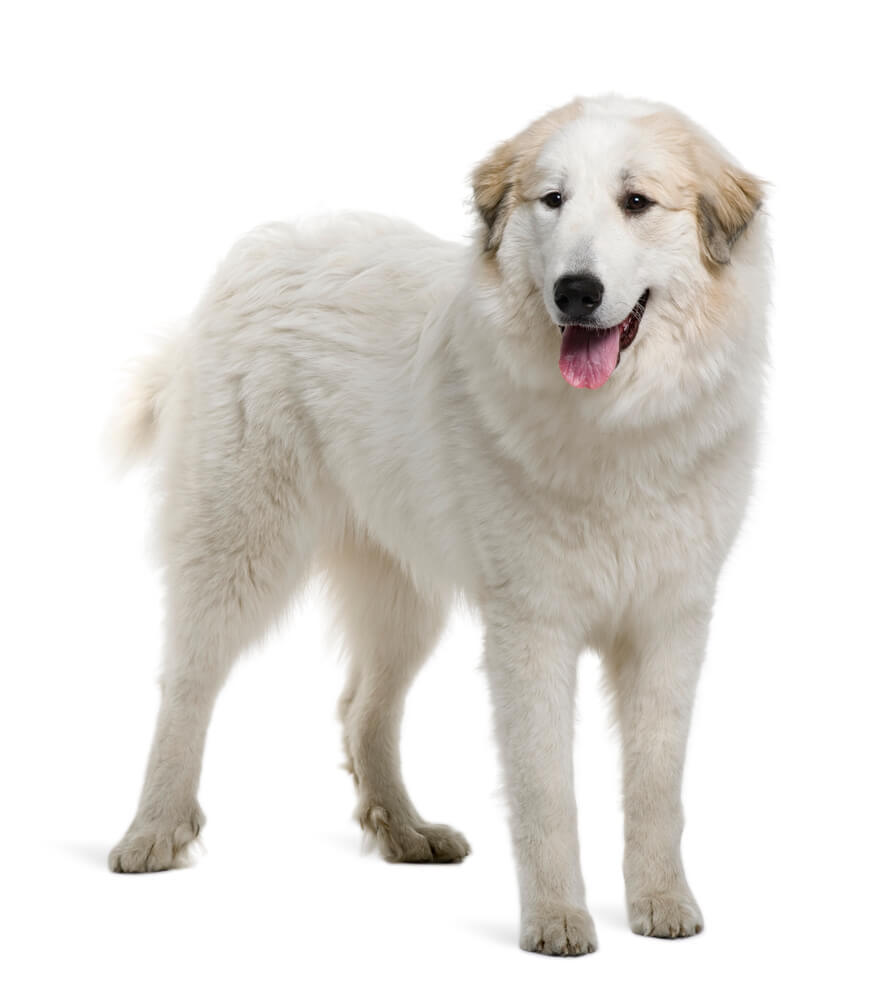 A Great Pyrenees Dog at 9 months

Both Pyrenees and Newfies are quite docile and generally lackadaisical. They are content to spend time lounging while watching their human family go about their day.

That being said, Pyrenees tend to remain calm and reserve their strength but can hop into action if there is a threat. Newfies are easier to control and are happy to adapt to new situations and people with ease.

Both breeds have long hair and a tendency to shed.

The Pyrenees have a double coat, though they are not hypoallergenic. It doesn’t need brushing often, but should be taken to a groomer in the early spring when their undercoat sheds.

Newfies will need to be brushed twice a week to avoid its fur becoming matted and will shed twice a year.

Grooming very large dog presents challenges all on its own, so using the right tools are a must. Grooming tools to use are a: 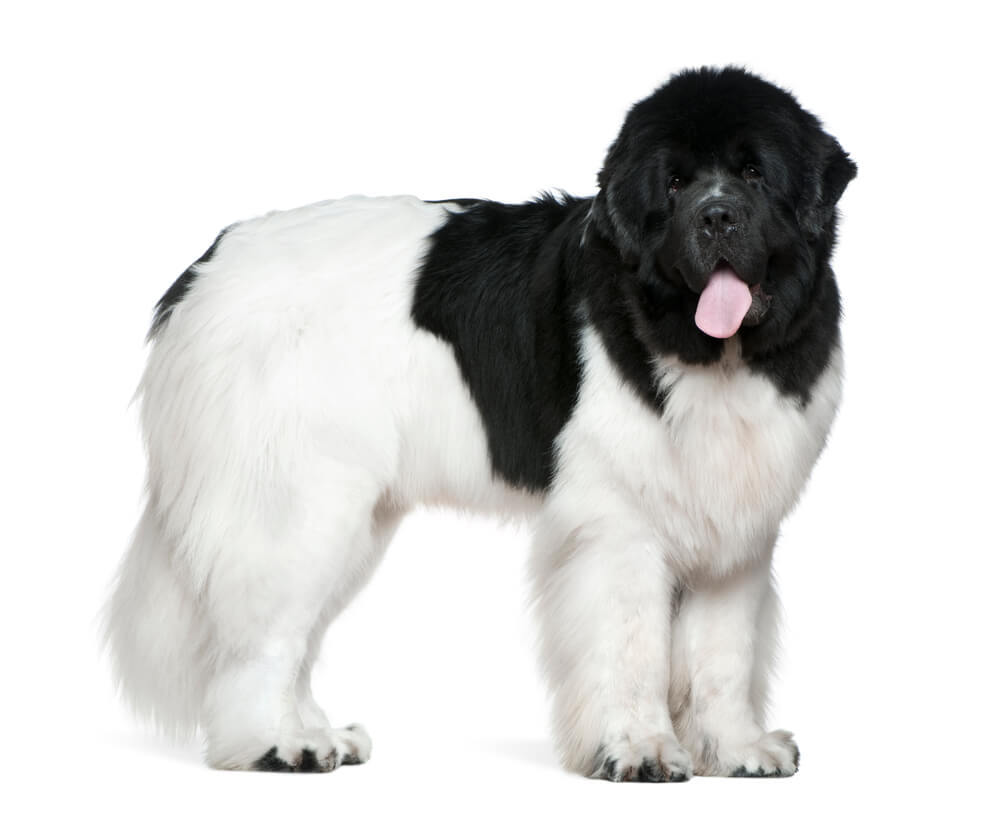 A Newfoundland dog at 16 months

The Pyrenees breed has an average lifespan of eight to ten years when properly cared for.

Newfies have a slightly longer lifespan of ten to twelve years.

Pyrenees dogs are very loyal and tend to take on the role of guardian. This can make it very difficult to train them to be obedient as their instincts for protection are strong.

Newfies are easy to train and have a knack for learning new skills with ease.

Great Pyrenees dogs are protectors. They usually only bark when they sense an intruder or if there is a problem. They use their loud voice to intimidate and scare away intruders. They don’t often bark without a reason, and it is not possible to train them not to bar as it is against their instincts.

Newfies can be loud with they do bark, but they are generally docile and avoid exerting themselves without a reason.

In order for these giant breeds to stay healthy, they will need at least a half an hour of exercise each day.

The Pyrenees should be allowed to roam freely around your property while Newfies may benefit most from guided walks.

Behavior With Small Children and Other Pets

The Pyrenees were bred to be sheepdogs, as a result; they are highly protective and independent.

They are loyal dogs that will protect their humans with their last breath and are generally wary of outsiders.

They are docile with older children but don’t do very well with other dog breeds that may be aggressive. 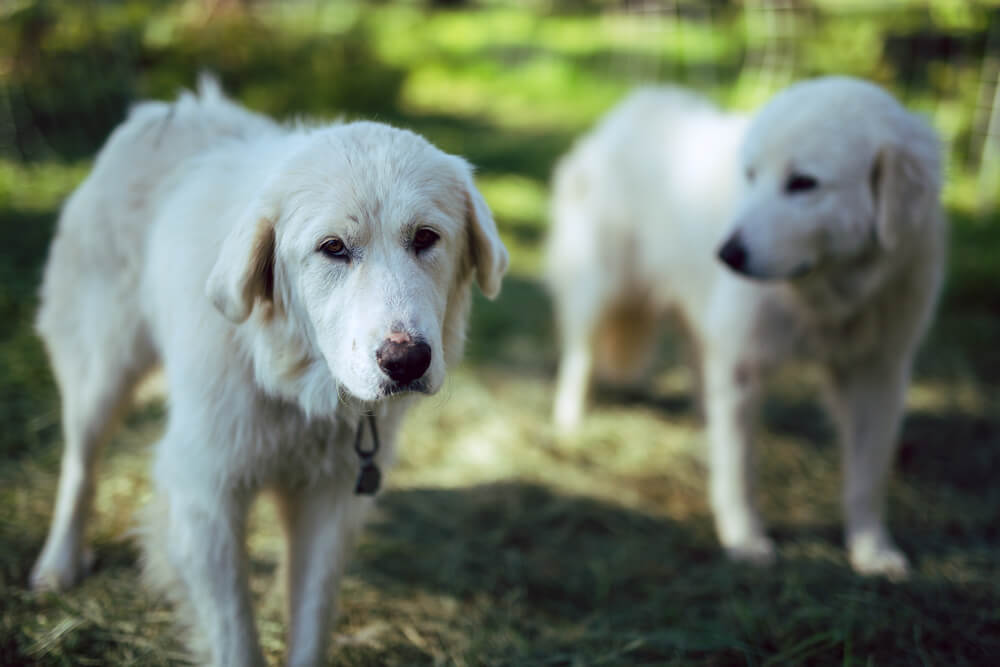 Newfies are very good with people, especially children. They are also easy to put with other dogs. They are great for families even as a first-time dog owner so long as you have the space for them to thrive.

As with most giant dog breeds, the Great Pyrenees and Newfoundland breeds are also at risk for genetic health issues.

Bloat is common in large dog breeds and ear infections are also common.

If either of these breeds exhibits a genetic illness, they should not breed to help remove it from the gene pool.

It is important to feed both Great Pyrenees and Newfoundland dogs a balanced diet. Giant dogs should not be overfed since the extra fat is hard on their skeletal framework.

Opt for higher-end or specialty brands for best results.

The Great Pyrenees breed needs a high protein diet but eats comparatively little for its size. Newfies eat more and thus can thrive on a less specialized diet.

Click here for the best foods to feed a Newfoundland dog.

Should I Get a Great Pyrenees Dog?

The Pyrenees breed is a great dog for families that have a lot of open space and who are able to dedicate time and effort to their training. They get on well with other dogs but not with cats since they'll see them as prey.

They are not very good with new people and they can be quite stubborn but they are loving and kind with their own human group.

This is not a suggested breed for first-time pet owners, but experienced dog owners may enjoy the company of this giant loyal dog.

Should I Get a Newfoundland Dog? 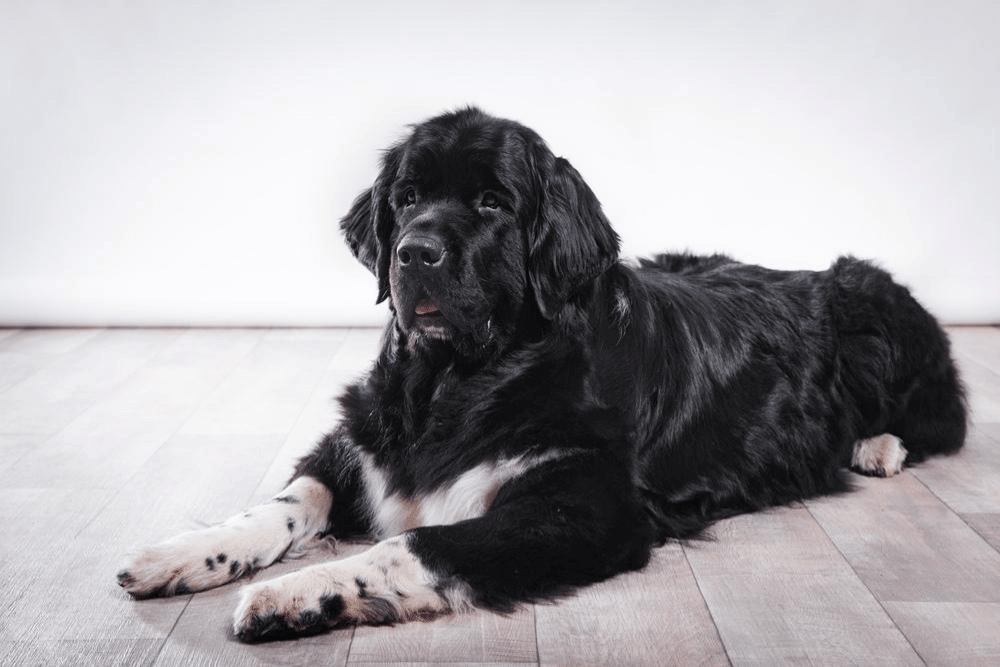 Newfies are a gentle giant dog breed that is a great choice for both new dog owners and veterans alike. They are gentle and happy to laze about without causing a ruckus.

It is a good idea to have plenty of yard space for this giant dog to exercise, but regardless of its size, it is a lovely choice for a constant companion.