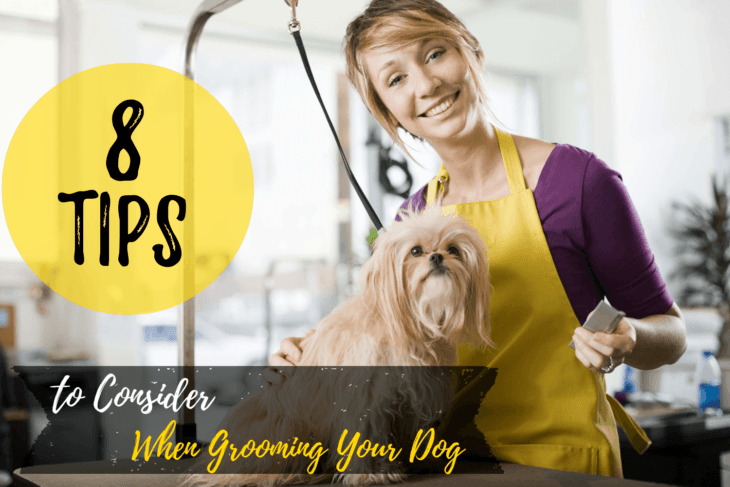 The first and pretty important aspect you should appreciate about dog grooming is that it is far more than just having a good-looking dog. You see dog grooming actually plays an important role in the health and well-being of your dog.

Right let’s get down to business and breakdown the various hidden components behind dog grooming.

Yes, we have to go back to basics because only then can the rules be broken. No but really when most people hear or speak of dog grooming it conjures up images of some spoilt dog (doggacessory?) being lathered and ﻿﻿﻿﻿shampooed before the lotion and perfume is applied.

And then there are those of you who conjure up more down-to-earth images about dog grooming which only revolve around maintenance of the dog’s fur (or hair).

And certainly you are not wrong for thinking such but truth be told dog grooming is so, so much more.

A dog, on the other hand, that sports a patchy scraggly coat may be suffering from a host of issues which could be anyone of the following:

Of course there is the off chance that a dog with a disheveled, dirty coat may be suffering from nothing more than an unwashed coat.

Thus always bear in mind that dog grooming is much more than having a good-looking presentable dog, but could very well be a reflection of your dog’s health.

2. Dog Grooming From a Social Angle If your dog is going to interact in a social environment then like it or not he is going to have to attain a certain standard of hygiene. Put another way, a disheveled looking dog breeds suspicion.

What kind of suspicion am I talking about?

Consider this: You’re strolling down a street and you see two dogs from the same breed approaching you.

One looks immaculate and well-groomed, whereas the other has a dirty-ratted coat and is generally filthy all round.

Neither of the dogs is approaching with a menacing demeanor, but you have no option but to squeeze past one or the other on either side of the street.

The question is, which dog would you rather squeeze past? No! You don’t have to answer that we both already know your reply.

It is well-known far and wide that dirt and disease make the perfect marriage. And as you are probably well aware dogs don’t care too much where they lay their heads and the rest of their torsos.

You won't be able to stop your dog from bedding and rolling down in the stinkiest of places. So what are you gonna do when that happens.

Just let fido saunter into the living room and hop onto the couch in all his funky and stinking glory?

And you know he would without blinking unless you put your foot down.

No you like most other dog owners are going to sigh and thank the stars that they learned how to groom their errant four-legged family member.

So there we have it, another very legitimate reason for you to maintain a regular dog grooming schedule – warding off disease and funky smells as well as pooh-filthy particulants!

Okay I’m sure you now agree that there are more than a few good reasons to groom that hound dog of yours.

But I’m also sure that if you have never undertaken the task of grooming a dog you’re probably a little anxious about what it entails from a money point of view as well as time-wise.

Dog grooming approaches pretty much boil down to one of two choices:

Each approach obviously has its merits.

The DIY approach shines in that in the long run it is going to be so much cheaper than professional grooming.

The downside in the DIY approach is that you’re going to have to get your hands dirty! And invest in a good set of dog clippers!

We are fond of the dog nail clipper and trimmer by Boshel. Things that stand out about this product are the 3.5 mm stainless steel blades for precise and clean cutting AND the integrated sensors technology to help you avoid cutting too deep and harming your dog. The non-slip handles also makes it super easy for you to hold and use.

If you're going to use a dog grooming table an affordable option is the GoPet Pet Grooming Table available at Amazon.

For the best shampoos to use read our best dog shampoo and conditioners post found here, it's packed with more useful information.

Here is a quick video an owner shares  about her own DIY dog grooming:

Professional grooming speaks for itself.

You pay a pro to make your dog look like a fashionista (or should it be doggista?) without having to worry about much except forking over a few good bills for the transaction. As the saying goes, if you are willing to pay the pro will play!

However there is one important aspect you should consider with respect to grooming even before getting your dog or puppy (of course if your mutt is a rescue then good onya matey and such considerations really don’t concern you).

The consideration I am talking about is the type of coat your soon-to-be-yours dog will have.

Now as you are probably well aware not all dog coats are equal in that some are of the short variety while others are long. Some dogs even don’t have any!

That said, you should know that dog coats generally fall into one of two categories which are:

Most dog breeds actually have two coats, such dogs being categorized as having either a double coat (most commonly) or a two-ply coat (less common).

These dogs have their double coat divided into an upper coat which is comprised of so-called guard hairs. This coat is characteristically water-repellent and acts as a natural barrier to the elements and protects the dog’s undercoat and skin.

The coat beneath the top coat is unsurprisingly known as the undercoat. This type of coat is generally shorter than the stiff-haired upper-coat and tends to be downy in nature. The undercoat acts as an insulative barrier during cold weather and is shed or blown out during the warmer seasons. Such shedding occurs twice a year.

Here is a quick video of a grooming makeover of a Siberian Husky:

Fewer dog breeds are of the single coat variety and in such breeds there is only a single top coat. Not surprisingly single coat dogs shed less than their double coated counterparts.

With respect to dog grooming both coat varieties have unique issues.

While we are still on the topic of coat variety in context with dog grooming then the next logical subject matter is coat length.

As you have probably guessed, dogs with short coats are easier to groom than dogs with long coats.

As their categorization indicates, for all intents and purposes these dogs lack hair/fur; though some may claim a smattering here and there like the C﻿﻿hinese Crested dog (one of the more popular hairless dogs).

It should be noted that despite their general lack of fur these dogs still require grooming.

After all they have skin; teeth; ears and nails. Enuff said!

Dogs with this coat variant only get minimal protection against the elements despite the fact the coat may be a double coat not single.

However from a dog grooming point of view these types of dogs are low maintenance.

These types of dog usually boast a double coat.

From a grooming perspective as well as protection against the elements, these dogs have the best of both worlds.

The coat is long enough to afford adequate protection against harsher weather yet not too long to constitute a grooming nightmare!

However that looking good comes at a price. Their coats require frequent and lengthy grooming upkeep.

Long-coated dogs generally sport a single coat which perhaps explains why their coats are so long and luxurious – to better protect their owners.

The Afghan hound is perhaps the most visible and well-known long-coated dog breed. 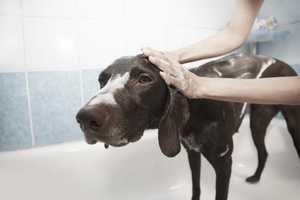 Why Do Dogs Hate Baths? (With Solutions!) 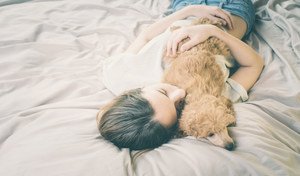 The Best Sheets for Dog Hair For Your Bed 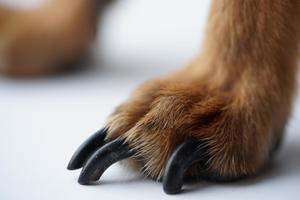 Why Do Dogs Toenails Turn Black?