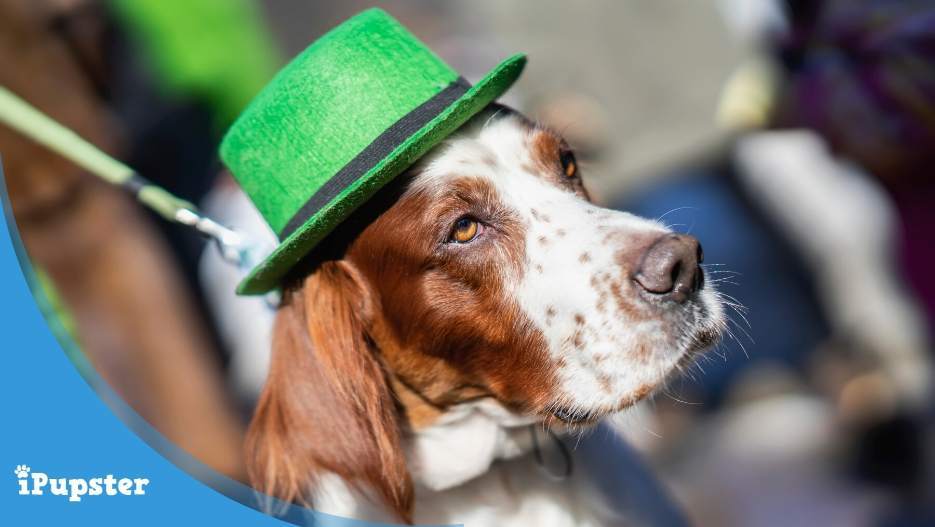 The Irish have some wonderful names and words, some of which go back to Celtic and Gaelic. Many of these names would make perfect choices for your dog, be they an Irish breed or not! From popular names to mythology, we have covered a large range of Irish dog names and their meanings for you to choose from for your new family member!

We'll start off with this year's top 10 list of popular Irish dog names, along with their meanings in English.

Fiona ~ means "fair", as in fair-haired or fair-faced

Brody ~ can mean “from the muddy place” or "ditch"

There are nine breeds of dog that are native to Ireland, and the best-known of these is the Irish Wolfhound.

If you have a male dog and are looking for a good Irish name with character, try one of these for your pet:

There can be no doubt that the Irish Red Setter is one of the most beautiful and graceful of all breeds.

If you are stuck on the perfect Irish name for your female pooch, this list will help give you a head start.

Used during World War I, as guard dogs and messengers because of their extraordinary intelligence and fearlessness, Irish Terriers were referred to as ‘Micks’ or ‘Paddys’ .

In Irish Gaelic culture, wolves and dogs play an important role. There are many Gaelic words that are perfect for naming your dog.

Ireland, boasts of myths and legends, from St Patrick, the Banshee and Pookas, Finn MacCool to pots of gold and of course a good pint of the black stuff - all these spark creativity to naming your male or female puppy.

A good Guinness must come complete with good head – not too foamy – and pouring it into anything other than the iconic Guinness glass is a big no-no.

Donegal: This rugged section of Ireland's Wild Atlantic Way is littered with stretching beaches and delightful villages which only add to the charm of the place.

The Emerald Isle is a beautiful country with stunning landscapes from castles, towns, cities, villages and hamlets. The list below of Irish locations makes for some cool-sounding Irish dog names for your furry pal.

What's not to like about Ireland from the humor, the myths, the storytelling to foods, drinking tea and having good craic. Here are some creative dog names with a twist.

There you have it! 154+ unique Irish names that you can use for your dog. They can fit any dog and their personality, but make great choices for those Irish dog breeds, such as Irish Red Setters, Irish Wolfhounds, Irish Terriers, Glen of Imaal Terriers, Irish Water Spaniels, Kerry Beagles, and Kerry Blues.

Have fun with choosing your dog's Irish name ( we did in researching and compiling this list)!