The Pomeranian is classified under the Toy Dog Group and is the smallest member of the Spitz family of dogs that have a strong and extensive legacy of sledding. To this day there is some dispute over the exact development pedigree of the Pomeranian dog breed. Some dog historians contend that the direct ancestor of the Pomeranian was the Deutscher Spitz while others insist otherwise!

What is not disputed by all and sundry is the understanding that the Pom (as it is affectionately referred to by fanciers of the Pomeranian breed) derived its name from the northern German district of Pomerania. Although the Pomeranian is a German dog by origin, soon enough its birth country was eclipsed by what can best be described as its adopted country—England! Following the introduction of the Pomeranian dog in the 18th century to the English court by German born Queen Charlotte when she ascended to the British throne the breed became a rapid favorite.

In fact the extensive miniaturization of the Pomeranian dog breed began in England. The dogs that Queen Charlotte introduced to the English court although apparently referred to as Pomeranians differed significantly to the modern Pom. Those dogs were considerably bigger than modern Pomeranians weighing in at approximately 20–30 pounds (as compared to the 4–5 pounds of the modern dog). Another manner in which Queen Charlotte’s Pomeranians differed was that they were all pure white. In fact those original Pomeranians resembled the Standard Spitz more than anything else.

The Pomeranian truly began to flourish as Toy Dog following the visit of Queen Victoria to Florence in Italy where she was presented with some specimens equivalent in size to the Miniature Spitz of today. From that point onward the popularity of the Pomeranian really took exploded despite the fact that the breed had been recognized by the English Kennel Club since 1870.

Queen Victoria not only added Pomeranians to the Royal Kennel she went on to breed them and exhibit them at dog shows. In fact in 1891 at the Cruft’s Show one of her Poms called Windsor Marco won the best of breed class.

At the time of her death in 1901 the Queen was attended by her beloved and ever faithful black Pom, Turi. As the years passed following her death, the size of the already diminutive Pomeranian shrank evermore!

So much more admired were the smaller Poms in Britain that before long their larger counterparts had all but disappeared! Those larger variety of Pomeranians still exist in Europe but do so under other names usually combined with the appellate Spitz.

Today the Pom exists in a variety of 12 different colors on a spectacularly thick and what is often described as a puff-ball coat!

Temperament is quite important when considering Pomeranian puppies for sale.  Pomeranians are typically loving, cocky and loyal. But there are other traits that you will find out soon enough when the training starts. These behaviors and temperaments are largely determined by where you purchased your dog and what early training that have been done.

Pomeranians show high level of intelligence, confidence and capability. These qualities must be taken into consideration because it can help you in the dog training process.

Issues to be aware of 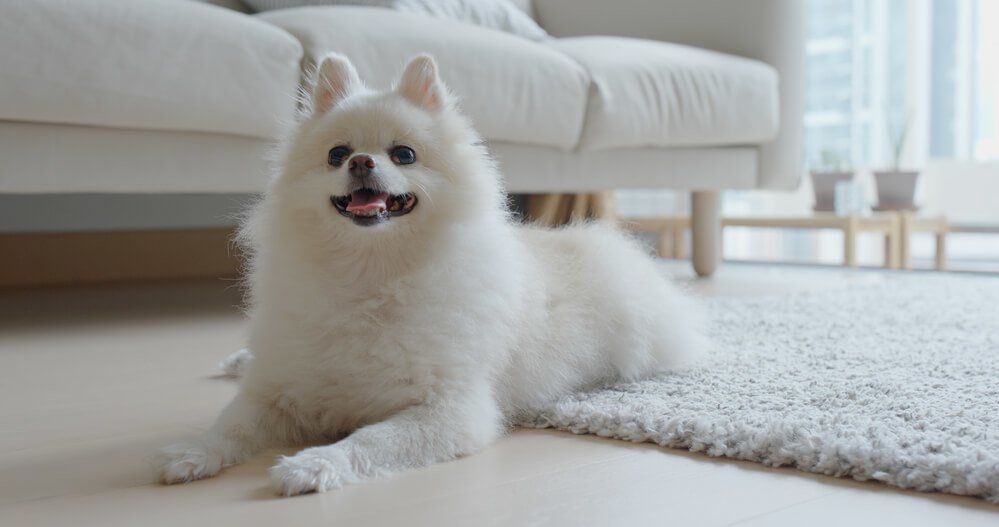 Below is a list of common problems that many Pomeranian owners encounter. Each concern can be addressed with proper dog training and guidance.

Potty Training: Housebreaking a Pomeranian puppy requires a lot of patience and perseverance in the first few weeks, but if you do it right from the start, the reward is great. Make sure you have a designated potty place where he can go every time he feels the need.

Chewing: Dogs of all breeds go through a destructive chewing stage. Reasons might be teething, curiosity, boredom, nervousness or separation anxiety. Once you realize the root cause, you will be able to act on it.

Aggression: Although Pomeranians are not aggressive by nature, they, like any other dogs, can have aggression issues. The reasons for that the aggressive behavior can be fear, confusion or health issues.

Separation Anxiety: Pomeranians are highly sociable dogs. They can be as destructive as any other breed while being separated from their pack members. Proper training will help channel their energies and correct their behavior.

Jumping: This is his way of seeking your attention and love. You can train him or ignore him, both ways can help lessen or totally correct the jumping issues.

Whining: Dogs sometimes communicate with their owners thru whining. It is probably because they need something or they are in pain.

Barking: Dogs of any breed bark for a reason. It could be they need something or a warning of an impending threat. It is best to familiarize yourself with the different barks of your dog to be able to give the appropriate training. 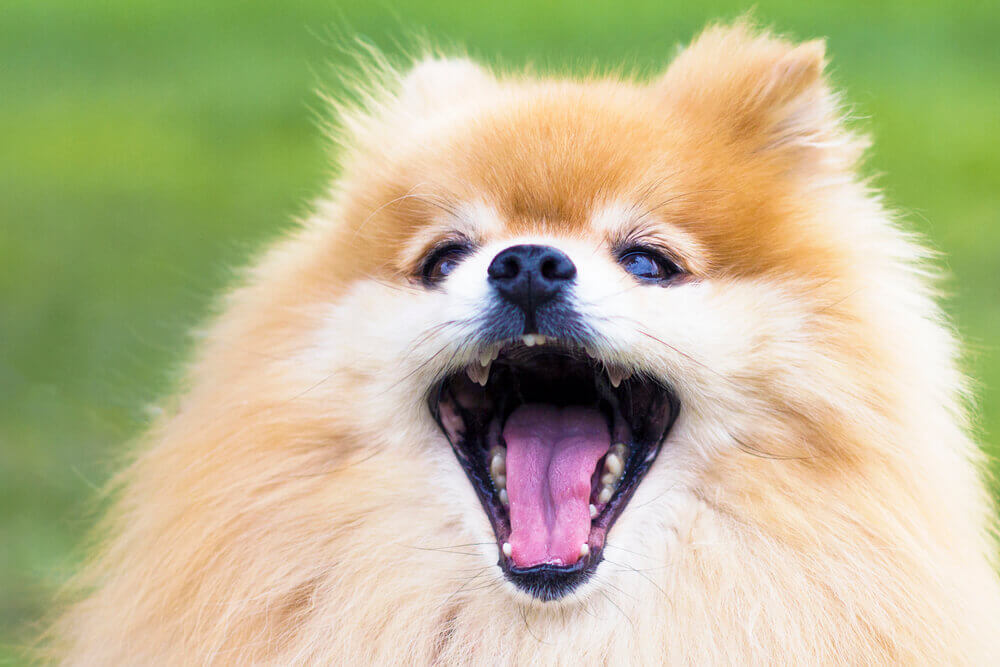 You have to be aware of the different kinds of barks and the causes of that action. Here are some factors:

They may be small but Pomeranians make excellent watchdogs. They are very alert to what is happening to their surroundings. If something is amiss, they will bark incessantly to let their owners know. This is one way also to protect the people they love.

Just like any other dog, Pomeranians will bark when other dogs or people they don’t know touch anything they own, like food or toys. They are somewhat possessive of their belongings.

Another cause for barking is boredom. Your dog does not want to play with his toys anymore. He may want to go out and socialize with other dogs. One reason may be because you’re not paying any attention to him.

Most dogs bark when excited. Your Pomeranian gets overly excited when it senses you’re pulling up your car in the garage. Barking is worst when you’re about to enter the door. Sometimes, seeing a new toy would get him excited.

Pomeranian barking can be reduced to a certain degree that you will only hear your dog bark when there’s trouble. It may take some time to break the habit. Just be patient and remain calm, soon he will bark only when needed.

These health issues sound very scary, but if you familiarize yourself with them, you will be able to address the health problems in time. By doing research on each of these problems, you’ll be able to understand their symptoms and seek medical help if necessary. As the saying goes, “Prevention is better than cure”. To ensure the best nutrition for your Pomeranian, put him on a raw dog food diet. In this diet, food is fed in its natural state, allowing it to provide the proper nutrients your dog needs. It is a great diet for growing Pomeranian puppies and dogs that need to maintain good health.  When fed in proper portions, raw food will give your Pomeranian the best dog food diet it could possibly have.

A raw dog food diet should consist of raw meats, raw meaty bones, vegetables, and fruit. Raw meats provide protein, which is important for a dog’s health and immune system. Raw meaty bones, on the other hand, provide calcium and phosphorous, which growing dogs need to help their bones develop and pregnant dogs need in order to help their developing pups build strong bones.

Two other foods that you should include in your raw dog food diet are fruit and liver. Fruit pumps your dog with lots of vitamin C which will help keep their immune system up. They also contain anti-oxidants, which will help your dog fight off free radicals that can cause cancer and aging. Berries are particularly good sources of anti-oxidants. Liver, on the other hand, gives your dog essential nutrients like iron, omega-3 fatty acids, zinc, and vitamin B12, all of which are needed for your dog to maintain its strength, and keep its body lean.

Overall life with a Pomsky is guaranteed to keep you smiling and happy - a great companion, fun and loyal friend.