Selecting a dog name that celebrates your pet dog’s genetics is a fun, cute and unique way to instill ginger pride.

Your red dog’s coloring can be their defining feature, so why not use it in a name?

Here are some certifiably cute and creative dog names ones, perfect for your favorite ginger or red-coated dog.

We're going to start off with the current top 10 red dog names that you can name your orange, ginger or red furry friend.

A unique red boy dog name with an exotic-ish feel to it. It’s Greek meaning "from the east, rising sun".

This colourful name means “reddish brown” in Hindi, perfect for a red setter.

What a great name for a red male dog, Bluey is the Australian for redhead.

The name Colorado is a boy's name meaning "colored red".

A great choice for your male hunting dog. Benelli is a firearm manufacturing company from Italy. Perfectly apt name for your pet!

A popular Irish name meaning “fair-haired”. In Irish folklore, Finbar was the king of the fairies.

These endearing names are a great choice with owners of red haired dog breeds such as Irish Setters, Vizslas, Boerbel or a Doxies - whether male or female.

Mars - the red planet. Mars is alluded to as the 'Red Planet' because it appears in the sky as an orange-red star. Ancient Greeks and Romans named it after their god of war. Today, thanks to visiting spacecraft, we know that the planet's appearance is due to rust in the Martian rocks.

A good, strong name for any breed with any red coloring in their coat, it’s English meaning “red cliff”.

Duh! Cool name for a male or female breed with a red coat.

English meaning “red ford”. Everyone will presume you're honouring actor Robert, which isn't too unlikely.

Good strong name for powerful dogs with a red coat such as the American Staffordshire Terrier. It’s a Scottish surname. Riddick is another variation of it, recognizable as the name of Vin Diesel's character in the Riddick film series.

The Spanish name for “red. It’s pronounced ROE-hoe. We think it makes for a colourful name choice for your red haired dog breed.

A name of Irish and Scottish origin meaning “little redhead”.

It means “red-haired” in Irish. Roone can also be seen/used as a short form of Rooney.

Probably the most prominent bearer of the name is Rowan Atkinson best known for his Mr. Bean persona.

We love this name- it’s of Latin origin meaning "red-head".

A short form of Russell which coincidentally means ‘red-haired, fox-colored’ in Anglo-Norman.

Another cool name for your reddish dog. It’s French meaning… you guessed it, “reddish”.

Can always be shortened to Xan.

As in Little Orphan Annie.

The female of Adam. It means “child of the red earth” in Hebrew. It makes for a cute name for your red colored female puppy.

It means “orange tree” in Hawaiian.

A colorful cute name for your female red dog.

The color red was believed to possess magical properties in early Japanese culture, with the ability to cure blood and other illnesses.

A girl's name of Latin origin meaning "the golden one".

Aurora is the name of the Roman goddess of sunrise. In Gaelic (Irish) it means ‘red king’. An Aurora nickname possibility with a totally different feel: Rory.

A cute red dog name inspired by the famous redhead character Ariel in the children’s movie The Little Mermaid.

Red dog names inspired by red in other languages provides you with an array of some unusual and uncommon names. Such as Arusha. It’s Sanskrit (Indo-Aryan language of the ancient Indian) and simply means “red”.

Irish origin meaning "fire". This soundalike for the famous volcano, Mount Etna, is a fiery Irish moniker that could be perfect for a red-haired puppy girl.

A hot name for your dog. Blaze is a unisex name of English origin meaning "fire".

We love this name for your female red dog.

A popular Irish surname, meaning “red-haired warrior”. Clancy is a winner for either gender.

Yes, dogs come in many different shades of red. If you’re still finding difficult in choosing a red dog name for your pup, this is one of our favorite monikers. Crimson, is a "rich deep red" and sounds beautiful when pronounced.

Unusual and adorable name. If you red haired dog is also curly – this the perfect name choice. Its Latin and means “curly-haired”.

A trendy name for your female pup, ember are small pieces of burning coal and wood in a glowing fire.

If your dog’s coating coloring is more golden than red, Eldora is a better fit. This pretty name is Spanish and it means “covered with gold”.

Perfect for the strawberry blonde tinged red pup in your family.

Hazel is a nature name, coming from the hazelnut tree.  Hazelnuts are warm brown, almost auburn in colour.

If you’re looking for unusual yet cool red dog names – Kamala is a great choice. The name is of Hindi origin meaning "lotus or pale red; or, a garden".

Beautiful Irish name for your red colored breed– Kerry also the name of a county in Ireland – known as the “Kindgom of Ireland” due to its lush and tropical flora.

After the red maple leaf.

It’s English derived from Latin and it means “red flower”. Perfect for a sweet-natured dog and an especially good choice for a red haired dog.

Rosy-cheeked and cheery, it means “rose”.

A great name for dogs with red coloring in their coat, Ruby is a girl’s name of Latin origin meaning “deep red precious stone”.

Ruby is one of those vintage dog names that feels totally modern.

Can be a name for both girl and boy. Rudy, is of German origin meaning “famous wolf”.

Here are some handy tips on how to choose the best red dog name for your new fur-kid. 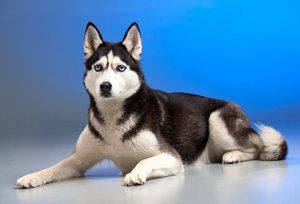 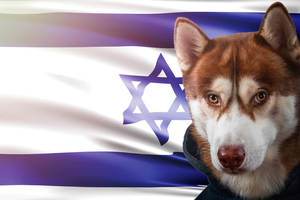 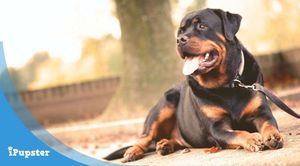