Why Do Dogs Sigh?

Why do dogs sigh?

It is easy to assume that they do so for the same reason as their human friends, and, in some ways, that would be right, or so experts believe. But in other ways a dog may sigh for other reasons than their pet parents expect, as we are going to take a look at here.

Or at least not in 'words' that humans can understand. In fact, canine experts have found that dogs may have rather complex language systems among themselves and other animals, but until we can figure out a way to understand it - and respond - your pup is left to rely on body language to communicate with you. And most try very hard to do so.

“Living in close contact with humans for at least 30,000 years, dogs have developed specific skills enabling them to communicate flexibly with humans. There is now evidence suggesting that the dog–human relationship can be characterized as an “attachment”, which closely resembles the one reported between infants and their primary caregivers.”

Sighing in dogs is, experts say, a part of that body language, and something that lots of pups make quite extensive use of, some more than others, and often that might be taken for 'being dramatic'. But as you'll see as you read on, that is usually not the case and that sigh is one of the tools in your pup's arsenal he may use to try to communicate a number of different things.

On very basic terms, there are four main reasons why your pup might let out a sigh once in a while:

In identifying what a particular sigh means you'll need not only to consider the sigh itself but also the frequency at which your pup does it and the circumstances he does it in. Once you do however, you'll have a better understanding of what your dog wants and how to respond to his 'requests', and, in some cases, better help him if he isn't feeling well.

Here then is a longer look at each of the possible reasons your dog sighs and some of the actionable things you can do to respond to those cues. 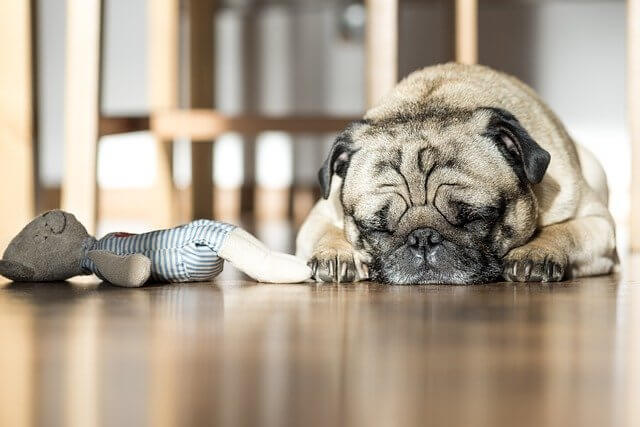 If your pup is sighing, it generally means he's simply relaxed.

Often, if a pup is feeling relaxed, he will sigh in what is basically contentment. It's very similar to the way we might sigh in relief when we get home after a long day and finally get to relax after finishing up all we have to do for the day

Some pups even sigh in their sleep - or when they are half asleep - and this may be especially true after a long walk or play session, as they are feeling tired but content.

This sigh really does not call for anything on your part, it indicates that you've already done your part as a pet parent, but most pups won't mind at all if you take a few minutes to join them in their 'chill state'.

Some pups do have a problem relaxing, so you may not hear that relaxed, contented sigh as often as you'd might imagine. Some pups can't relax because they are anxious, experience a period of fear, others because they still have too much energy left to 'chill'. If that's the case then it is up to you to help them learn to relax, as, like is the case for humans, stress can be bad for a pup's health.

This means ensuring that he is exercised enough, that he is well-fed and that, if his stress seems to come from separation he is left with plenty to do when he does have to be alone (and that the time he is alone is kept to a minimum.)

If your pup is particularly anxious or afraid and seems to have a hard time relaxing at all, then you may want to consider discussing the issue with your vet, in case there is a deeper rooted problem that needs to be addressed. There are a number of treatments and behavior modification techniques that can be used to help an anxious or hyperactive pup and your vet will be able to help you decide which of them might be best suited for your dog.

Studies show that the use supplements like Zylkene or L-Theanine can reduce stress and promote relaxation in dogs and might be useful during times when your pup experiencing a fear period.

There is a reason many people refer to their dogs as fur kids. They really are like kids much of the time, and that can often include letting out a big sigh when they are disappointed about something. How you should react to this kind of sigh depends on what it is that has disappointed your pup.

For example, if your pup has brought you a toy but you don't have time to play right now, his disappointment is probably quite justified.

While it may be impossible for you to drop everything and play that second - fur kids, like young human kids rarely grasp the concept that adults have other things they have to attend to as well as taking care of them - take the time to schedule some playtime everyday so you hear that sigh less often and consider buying him a more stimulating interactive dog toy - there are lots of great puzzle toys out there - to better engage him when he does need to play alone for a while. 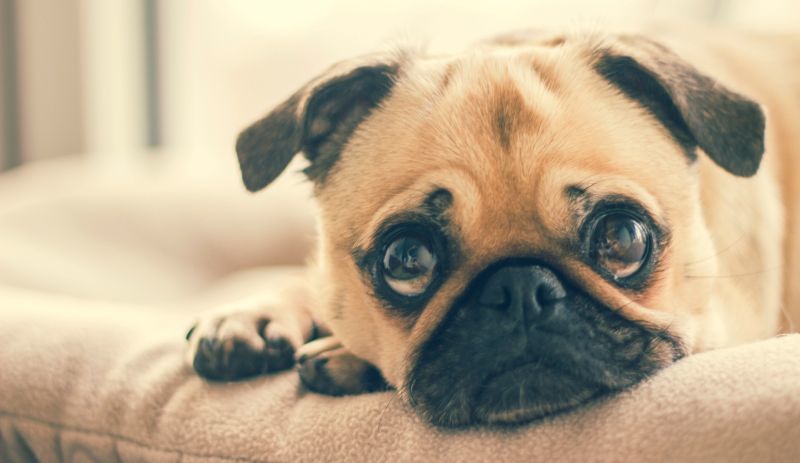 When your pup's eyes are wide open as he sighs, it may mean he is disappointed or has given up

Not every sigh like this should be responded to however. For example, if your pup seems to be sighing because you are refusing to give him more than his allotted amount of his favorite treat you should not give in. Being overweight is bad for your pup's health no matter his age or breed and you are being a kind, responsible parent by limiting his treats, whatever he might 'think.'

“Instead of treats give your dog a toy or play with it or better still take it for a walk. It doesn’t have to be a route march. What dogs love most is sniffing about because it’s stimulating.”

Some pups become quite persistent in their desire for being given more food, and will escalate from sighing to whining or even barking. This is not acceptable behavior, and they need to be taught that fact. Never with physical force - you should never use physical force when disciplining a pup, they don't understand 'smacks' and it's simply cruel - but with calm but firm instruction that the behavior is inappropriate. If you need help with this, consider enrolling your pup in a dog training class. 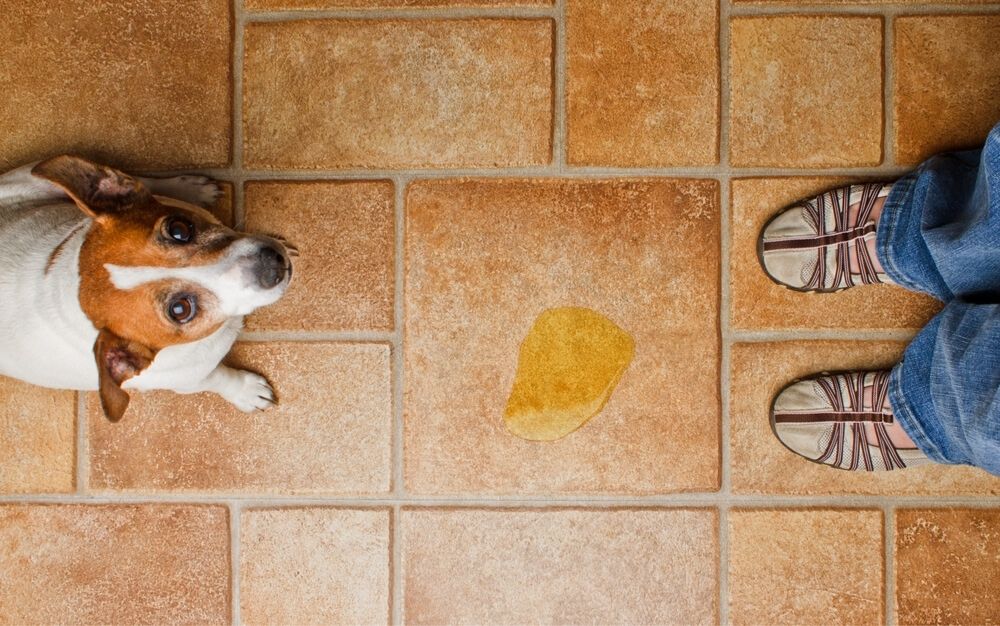 Is your dog sighing because he is actively trying to ask you something?

Sometimes, when a pup sighs, especially if he is looking at you directly when he does so, he is actively trying to ask you for something. Again, whether you should be moved by the request depends on what he seems to be asking for.

If the sigh seems to be a request for playtime, then, if you do have the time, where possible you should join in. Most pups thrive on playing with their human family, and they need play for their health too, both to help them stay in shape physically and keep their minds sharp too. Playing with your dog also has lots of benefits for you too, as numerous research studies have shown.

If your pup seems to want to go out, this is something you should try not to ignore either. While many dogs have regular 'bathroom schedules' that their owners become familiar with over time, and many do have the discipline to 'wait until walkies', like humans dogs can be 'caught short'. If he tried to tell you he wanted to go out and you did not respond it won't be fair to blame him if he has an accident!

It does take time to figure out just what a pup wants when he sighs 'at' you, but the effort is worth making, as it will strengthen the bond between you and help him become a better behaved pup. But again, not all of his wants will be reasonable, and if they are not then you will be absolutely right to not give in. 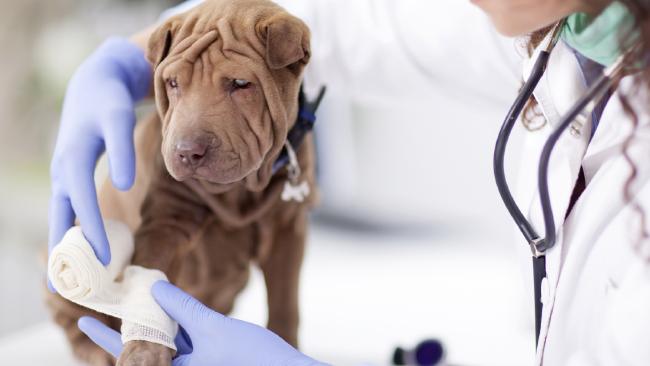 Could your pup be trying to tell you that he is pain with his sighing?

There are occasions when what sounds like a sigh coming from your pup might not be a sigh at all, but rather an indicator that there is something wrong with his health.

For example, it is not that hard to mistake a sigh for a wheeze. Wheezes, as is the case in humans too, may indicate a respiratory problem, especially if they are frequent. There are, as many pet parents know, all kinds of respiratory ailments that can affect pups, everything from seasonal allergies and colds or flus (dogs can get them, although usually not the same strains as humans) to more serious issues like kennel cough or a chronic issue like COPD.

If your dog is wheezing often a visit to their vet really is called for and if they seem to be struggling to breathe as they do that visit should really become an emergency one.

Some respiratory ailments that can affect dogs - including pneumonia -can escalate very quickly, and so prompt attention and treatment will always be the best course of action.

If in doubt, it doesn’t hurt to call your vet. It’s better to have peace of mind – or ensure early diagnosis and treatment.

Dogs, in some cases, may also sigh a lot when they are in general pain and are trying to communicate that fact to you, their 'parent.' If a dog is in sudden pain they will often bark or whine - if they injure themselves for example - but if their pain is more chronic in nature - joint pain for example - sighs may be a way they both try to communicate that to you and try to calm themselves down.

Again, if that seems to be the case you should plan to visit your vet as soon as possible. Some dogs are genetically disposed to certain conditions that, when they first begin, present few visual symptoms. For example, arthritis, which often begins to cause problems slowly as a pup ages. In this case a sigh - or sighs - may be what your pup considers to be the best way to communicate their discomfort to you.

The Drama Queen (or King)

Some humans sigh for dramatic effect. And they do it often. And yes, some pups have been known to do the same. Some dogs, especially the smarter breeds, do seem to be able to work out how to manipulate their owners into doing something they want and sighing can be one of the ways they try to do that. They may also - again, just like a human - sigh to express annoyance or frustration with their current situation, but how you respond to that will, once again, depend on what they are annoyed or frustrated at.

In the end, the answer to the question 'why do dogs sigh' has, as you can see, lots of different possible answers. The key to interpreting what you pup's sighs might be is learning more about them as you spend time together. This won't happen overnight.

You can't introduce a puppy to your home one day and expect to fully understand them the next. It may take months or years to do so, so be patient with yourself and them while you learn the best way to communicate, including interpreting what your pup's sighs really mean.