How Do Dogs Get Diabetes? 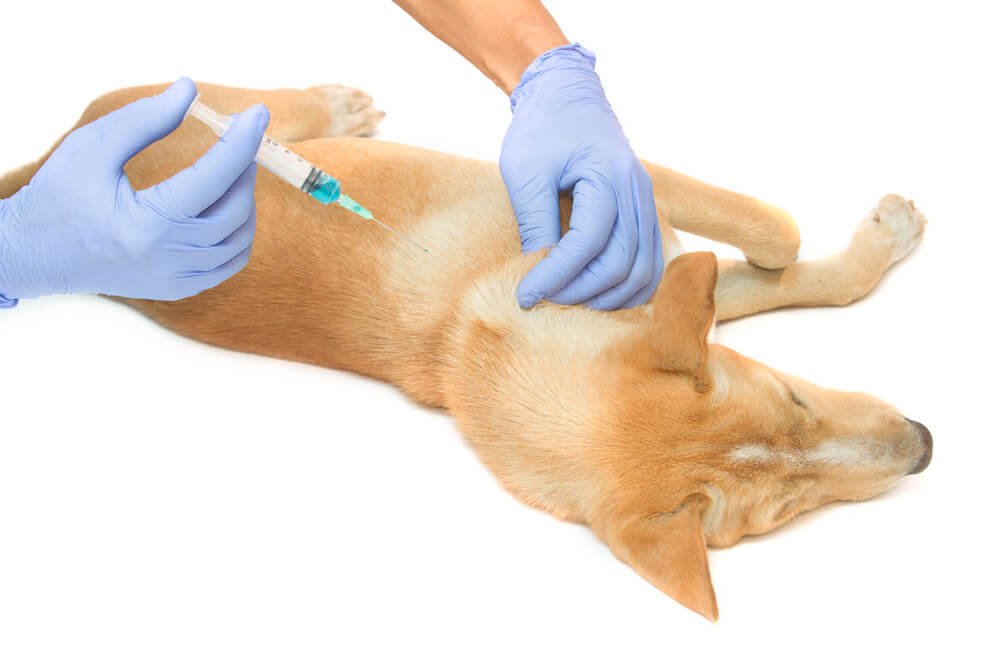 As is often the case in humans, diabetes in dogs is something that many people don't understand very well. The idea of your precious pup being diagnosed with the condition can be very scary.

However, as we will learn here, diabetes, while a serious health condition, can be managed in dogs, allowing them to live an otherwise healthy and happy life.

What is Diabetes in Dogs?

As we mentioned, lots of pet parents have very little idea what diabetes really is, although most do know that it has something to do with blood sugar.

Canine diabetes mellitus, its official name, occurs when the normal process of insulin production in a dog's body is disrupted. Sometimes too little or no insulin is produced by the pancreas, or there is resistance to the insulin produced.

Why does this matter to their health? Carbohydrates are metabolized into a variety of simple sugars, including glucose, when your dog eats.

Glucose is transported from the intestine into the bloodstream and distributed to all the body's cells.

Insulin is needed to deliver glucose from the bloodstream into the cells, where it can be utilized for energy. When there isn't enough insulin, glucose can't enter cells and instead builds up in the bloodstream to dangerous levels. Hyperglycemia is the medical term for this condition.

As a result, the cells are unable to function properly due to a lack of energy, so they become "starved." This can lead to a range of health complications.

What Causes Diabetes in a Dog?

The cause of diabetes in dogs is a matter of debate but is most often suspected to be an autoimmune disease or is secondary to another disease process like pancreatitis.

Diabetes is believed to affect 1 in 30 dogs in the US at some point in their lives, although that figure may be higher, as many vets say it often goes undiagnosed, as screening for it is not usually a part of a standard pet health check-up.

Age seems to be a factor, with most dogs developing diabetes between the ages of 4 and 14. There is evidence that suggests that a female over the age of four who has not been spayed is more likely to develop diabetes.

There are also, as we will go over in more detail soon, some dog breeds that seem to be more prone to developing diabetes than others.

What Are the First Signs of Diabetes in a Dog?

Vets can diagnose diabetes in dogs relatively easily, but they do typically rely on pet parents to alert them to the fact that these tests might be required.

This is based on an observation of the various signs and symptoms of early disease.

Of course, to do that, pet parents will need to know what those signs are. While they will vary from pup to pup, the early signs and symptoms of canine diabetes can include all the following:

While some of these can also be a symptom of other health conditions, if you notice any of them in your pup a visit to the vet should be scheduled as soon as possible.

Early detection of diabetes is key in achieving the best possible health outcomes for your pup if they are diagnosed with the condition.

Some breeds of dog are more susceptible to developing diabetes than others.

These breeds are believed to include:

Owning one of these pups does not mean that they will develop diabetes, but the knowledge that their breed is more prone to developing the condition, means pet parents should keep an 'extra eye' out for the signs and symptoms we mentioned earlier.

What Food Causes Diabetes in Dogs?

One of the myths that surrounds diabetes in dogs is that certain kinds of food can cause it directly. There is no credible medical or scientific evidence that this is the case.

How Do You Prevent Diabetes in Dogs?

There is, medical experts say, typically very little that can be done by a pet parent to prevent their pup from developing diabetes in the first place. This is especially true as the root causes in canines are still very unclear, and a genetic component seems to be a factor, along with age.

Sex may also be a factor, as female dogs, even those who have been spayed, develop diabetes at twice the rate of male dogs.

How to Treat Diabetes In Dogs?

Treatment is the key to helping dogs with diabetes live their best life possible. Once a pup has been diagnosed, which your vet will do through a series of specialist tests, treatment should be started right away.

Although canine diabetes is not entirely curable, it can be effectively managed with the right therapy, food, and exercise.

The goal of diabetes management is to keep blood sugar levels in a healthy range while preventing hypoglycemia (low blood sugar) and its symptoms.

Diabetes symptoms such as increased thirst and urination can be reduced or eliminated with proper management.

As is the case for humans, some pups may be started on insulin therapy to manage their diabetes, depending on its severity. This will involve giving your pup measured levels of insulin according veterinary recommendations.

If they are started on insulin, a vet will instruct you on how to do this, as well as see the pup regularly to conduct more in-depth examinations and testing to keep him as healthy as possible.

Diet will also play a big role in managing your pup's diabetes. This does not only mean - feeding a specific diet, but also following the nutritional guidelines given to you by your vet as closely as possible.

Pro Tip: Shop for dog foods that rank low on the glycemic index (GI). These foods are vital to a diabetic in order to keep blood sugar levels from spiking.

In very basic terms, a diet that is low in carbs and, high in protein This is a standard recommendation for dogs with diabetes, but your vet is the best person to talk to about your unique pup's specific dietary needs. These may also change over time, as the condition changes, as it often does as dogs age.

Consult with your veterinarian about which diet is best for your dog to ensure he is getting the right amount on insoluble fiber based on his weight.

Can You Reverse Diabetes in Dogs?

Canine diabetes is not completely curable, and the type of diabetes your dog is diagnosed with will affect both his treatment and his progress.

Similar to humans, Type 1 diabetes is the result of the pancreas failing to produce enough insulin, and nothing about diet or weight will change that.

Should they develop type 2 diabetes, however, which is more common, these things can make a significant positive difference.

As we mentioned earlier, there are some nutritional building blocks that seem to help dogs with either type of diabetes manage it better, including Omega 3 fatty acids, but your vet will advise you about how this might help your pup.

What Should a Diabetic Dog Not Eat?

A diet that is high in carbohydrates, or low in protein, is not going to be beneficial for a dog with diabetes.

They should also not be allowed to eat very fattening foods, as this will lead to weight gain they do not need. 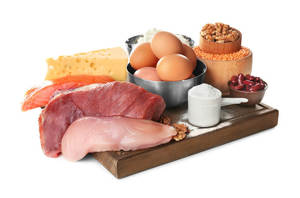